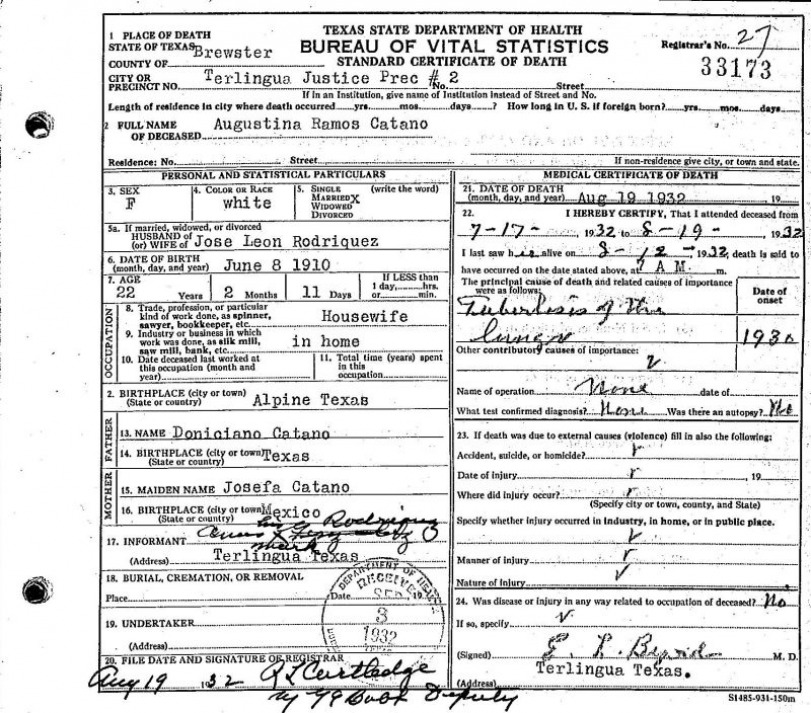 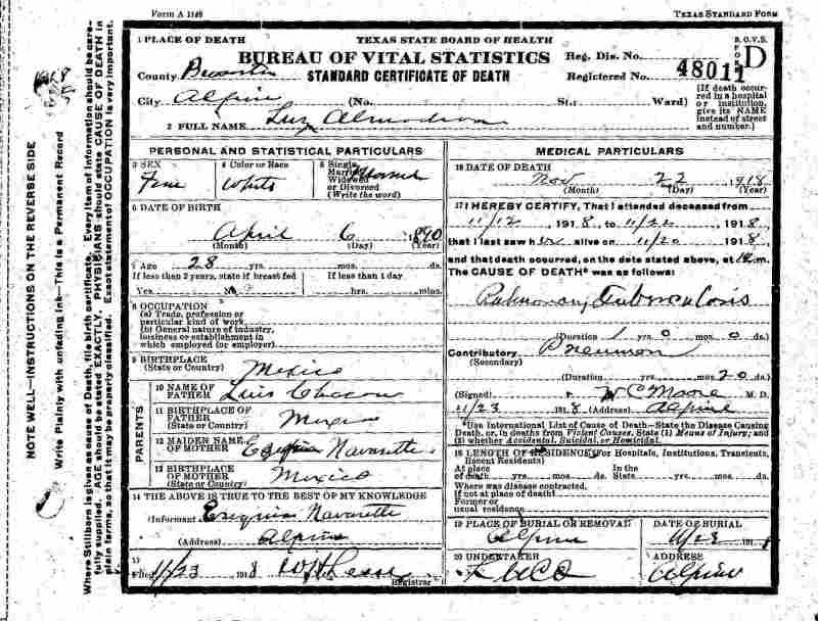 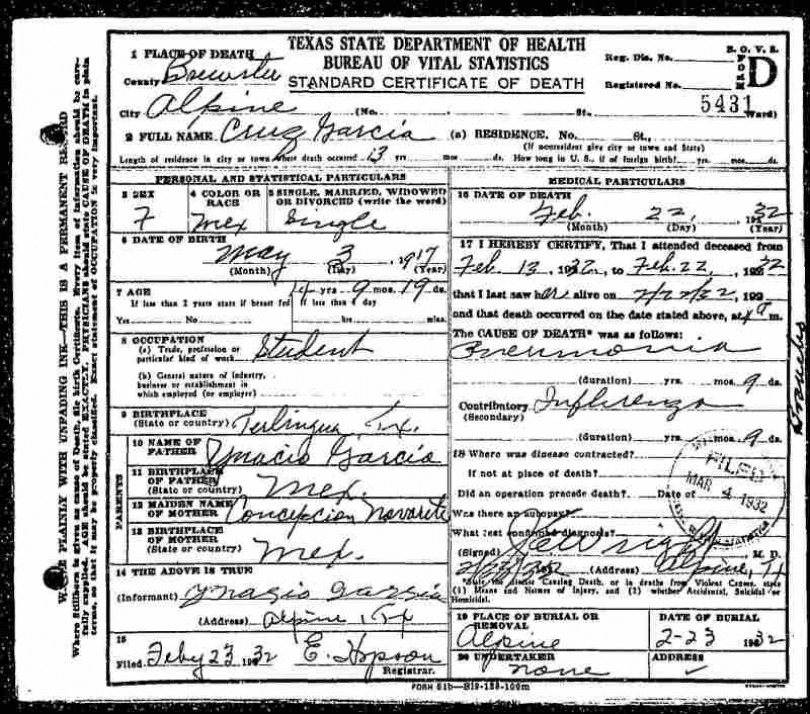 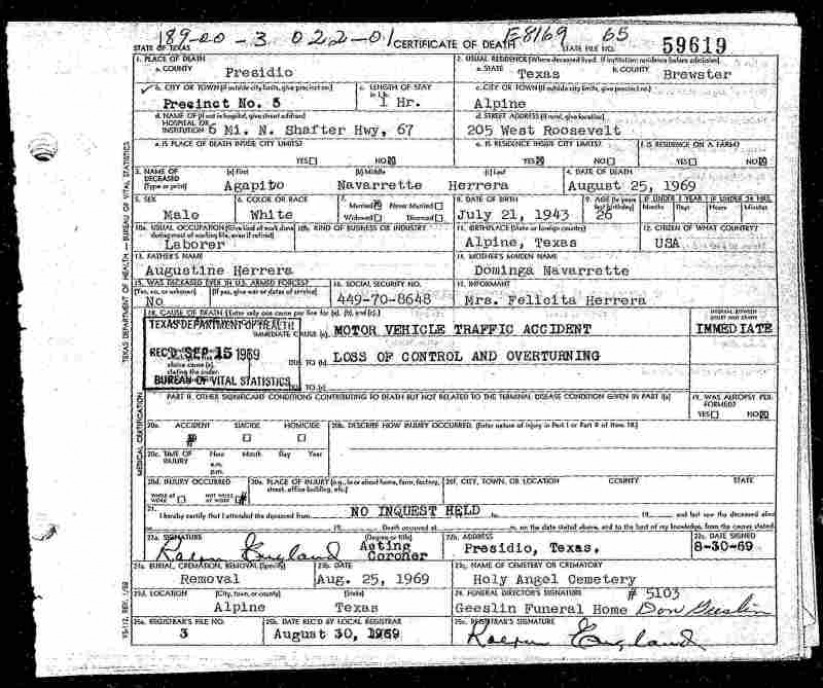 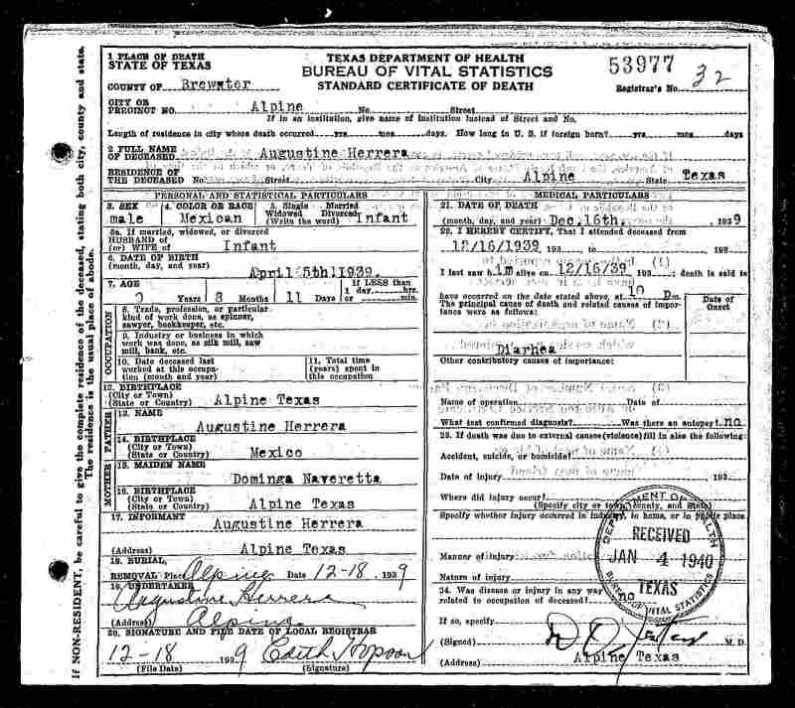 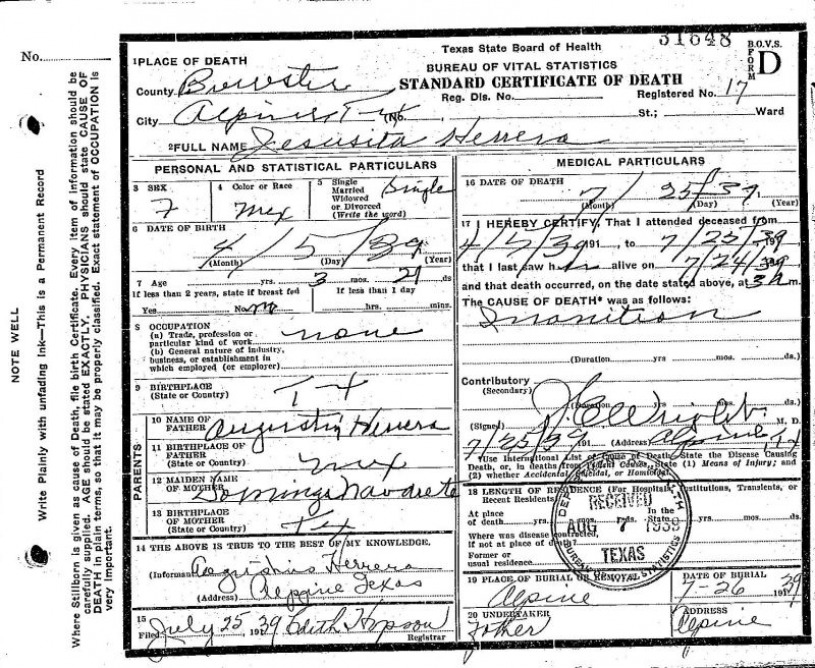 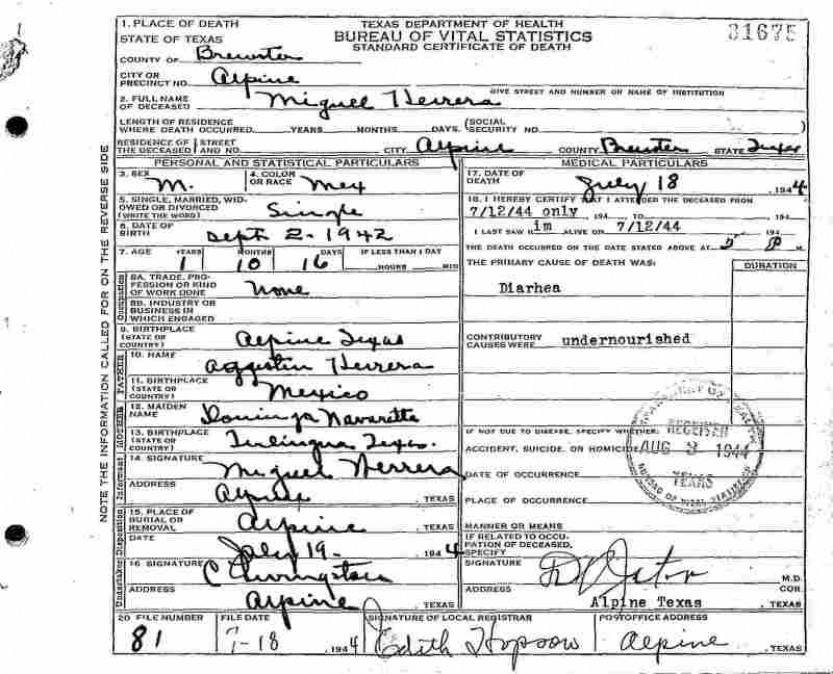 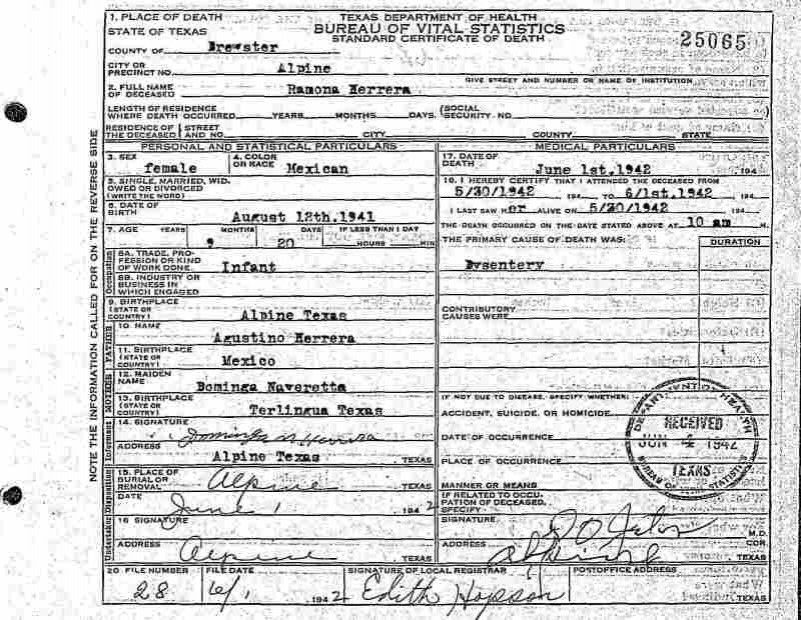 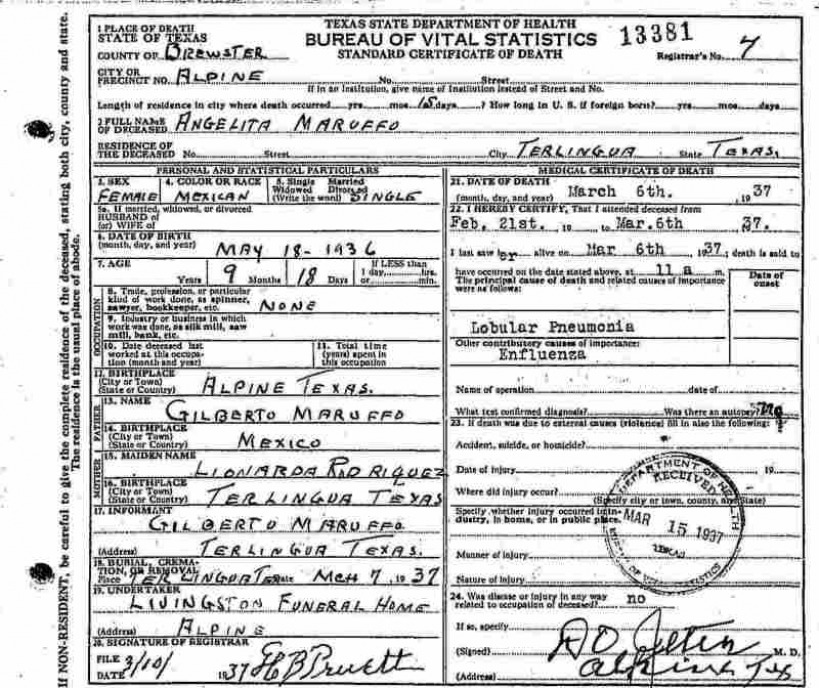 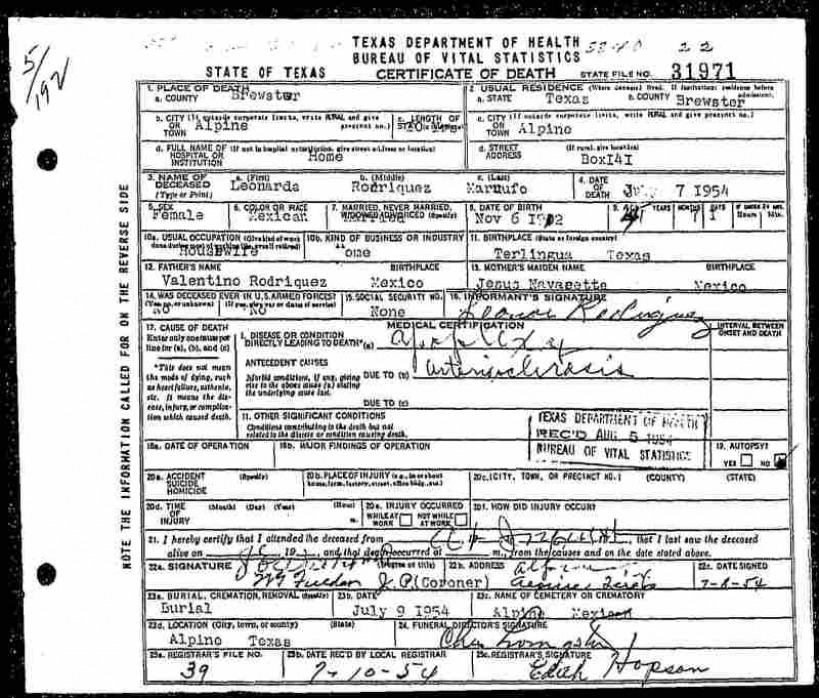 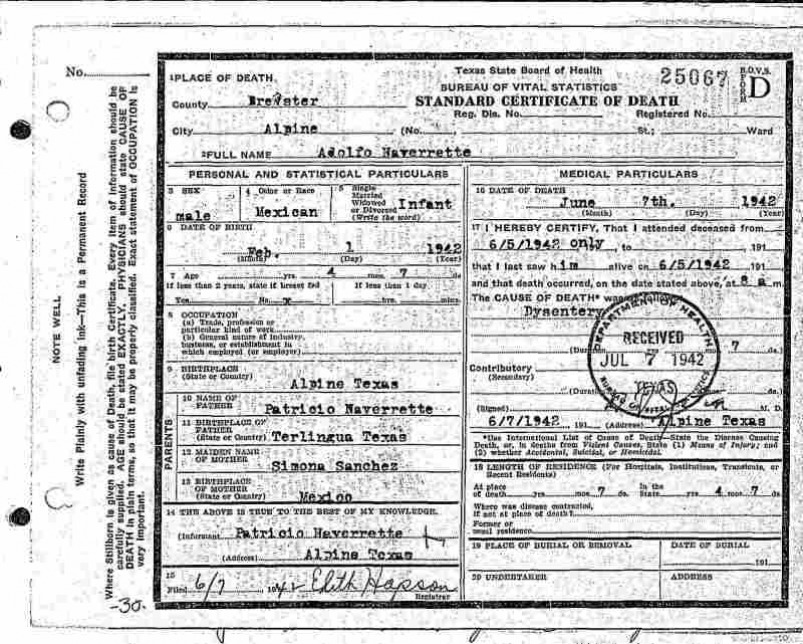 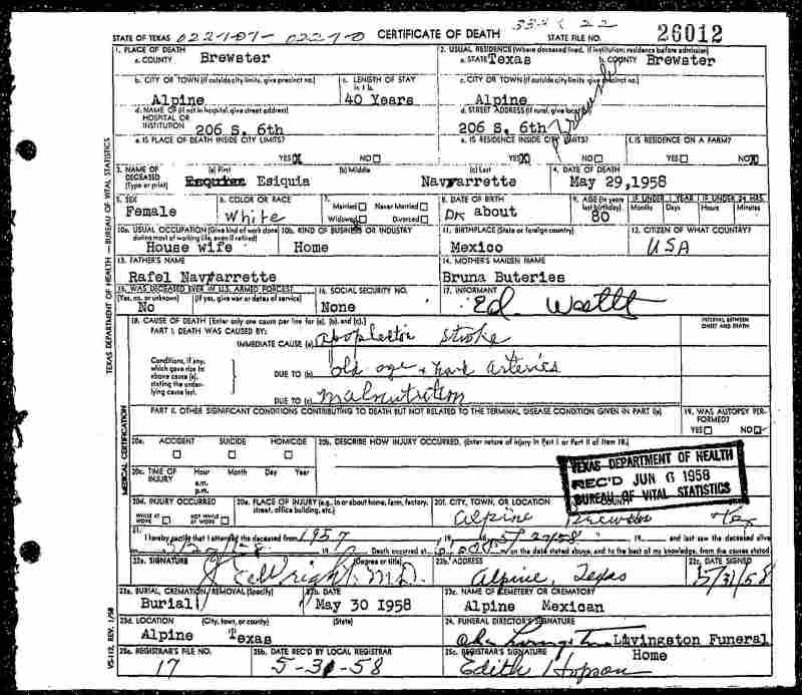 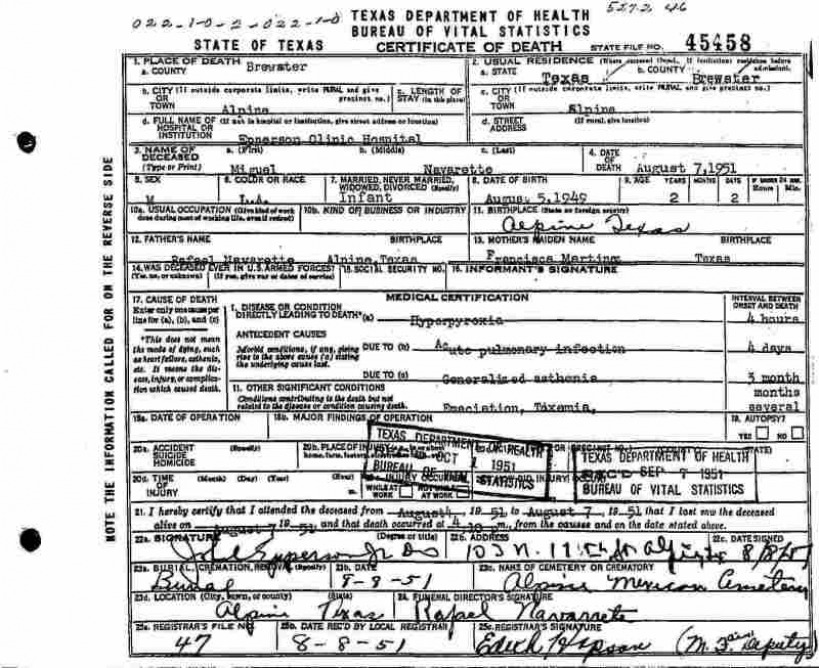 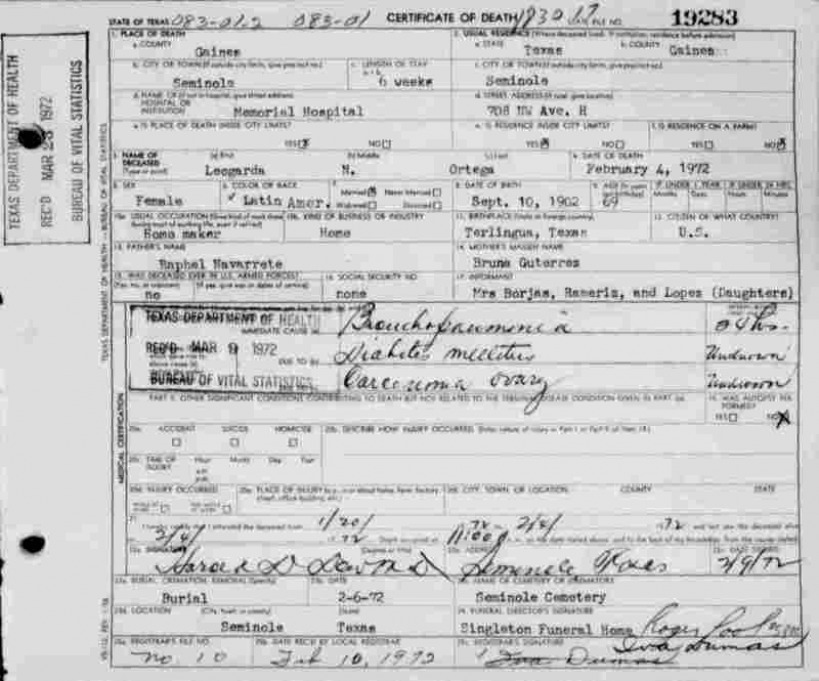 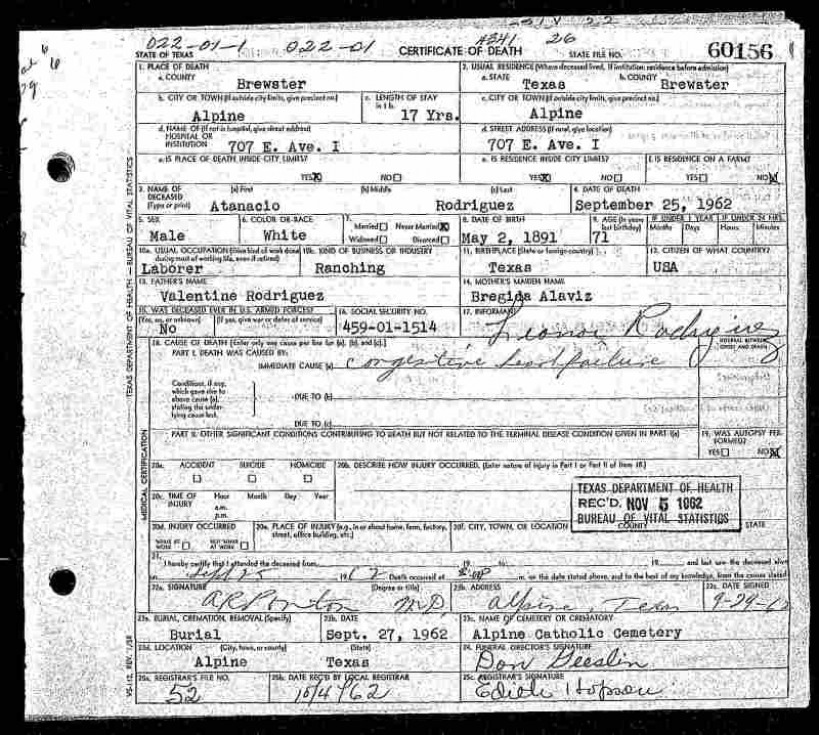 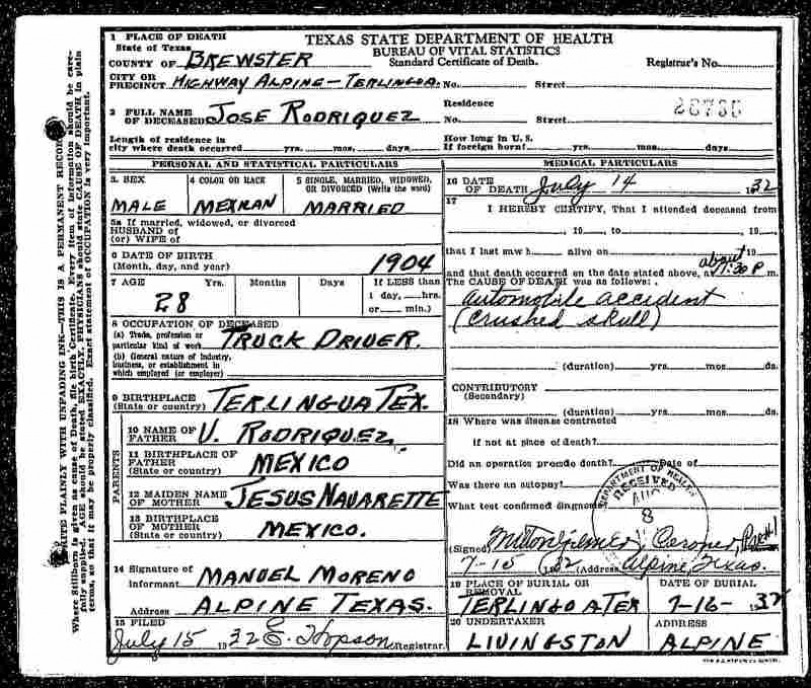 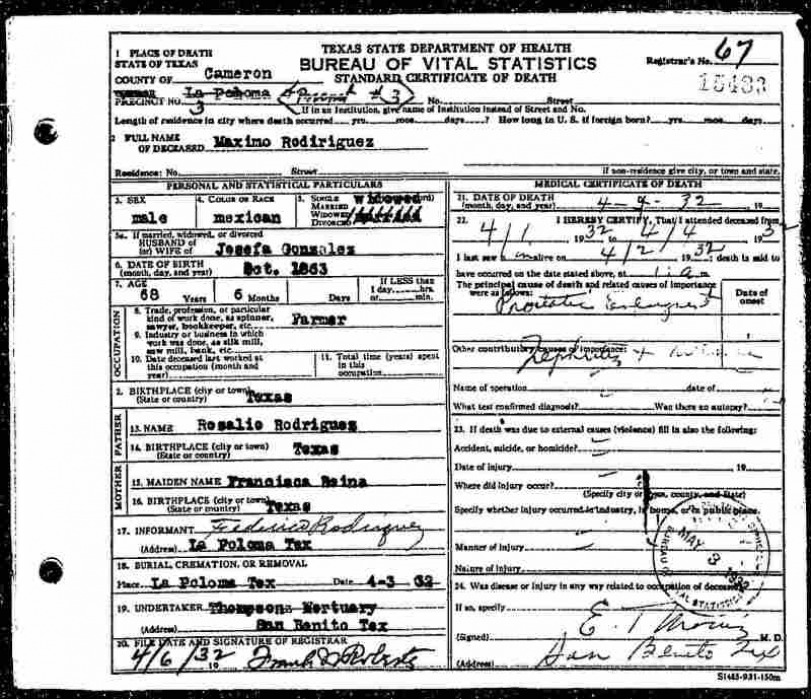 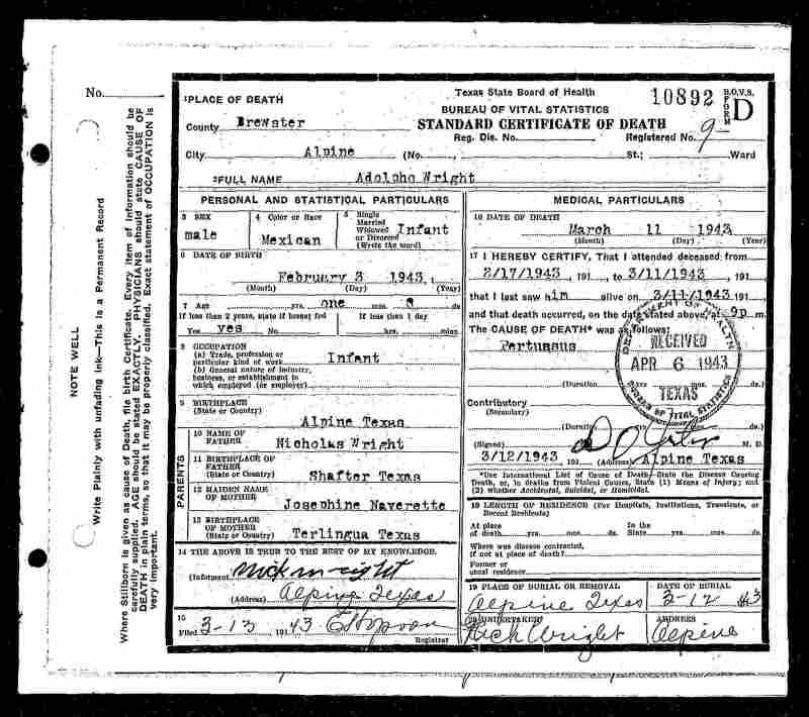 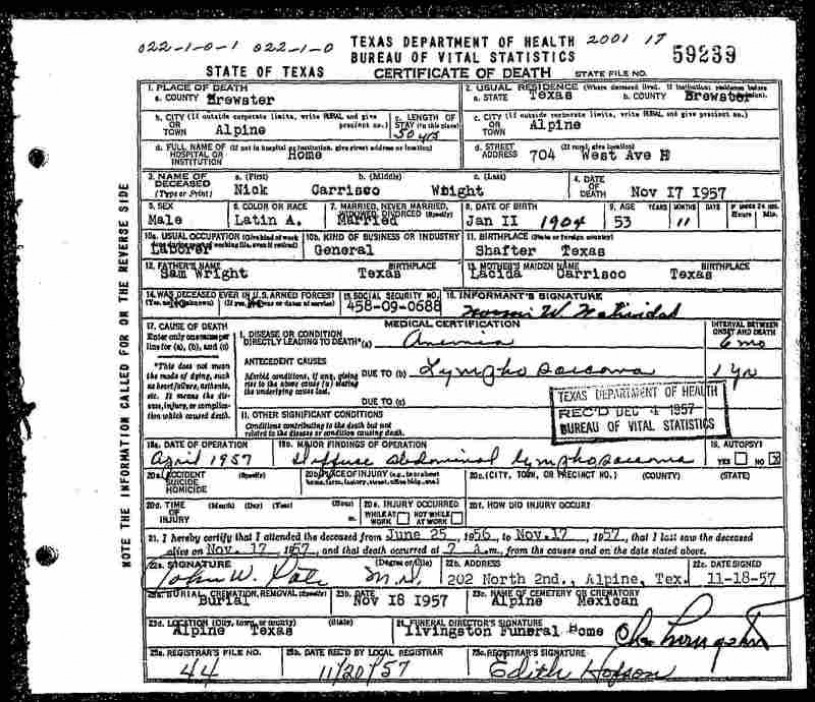 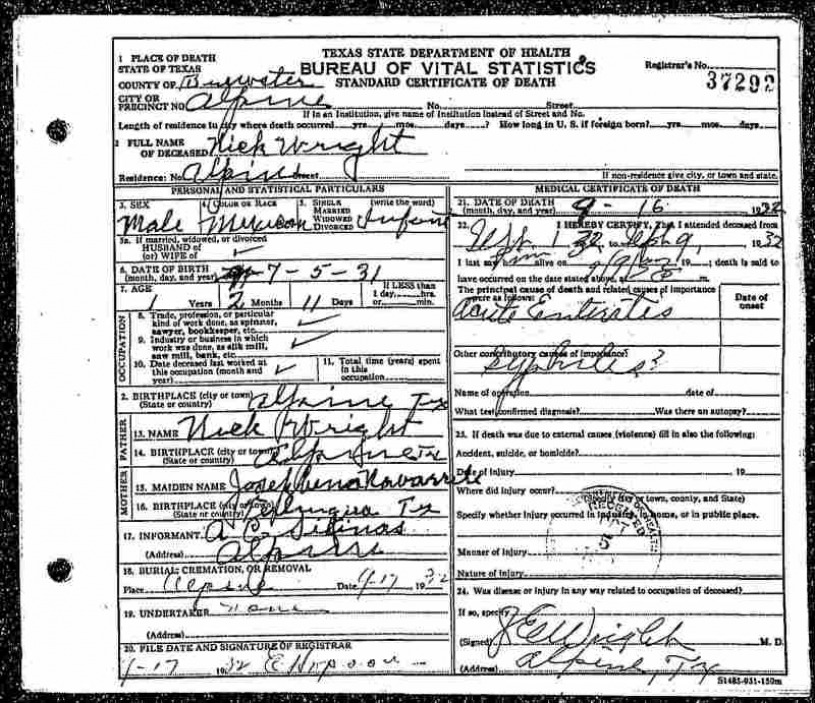 Services for Rafael Navarrette, Sr., 89, of Alpine, were held Tuesday, Sept. 14, (2004) at Our Lady of Peace Catholic Church with Father Rick Ruiz officiating. Rosary was said at the church on Monday, Sept. 13. Internment followed at Holy Angels Cemetery in Alpine.

Mr. Navarrette died Friday, Sept. 10, at Thomason Hospital in El Paso. He was born to Arcario and Simona Sanchez on Feb. 22, 1915, in Terlingua, and married the late Francisca Martinez on Sept. 16, 1939, in Alpine.

He was preceded in death by his wife; two daughters, Jesusita Portillo and Mary Lou Navarrette; a brother, Agapito Navarrette; and three sisters, Josifina Wright, Dominga Herrera and Francisca Mata.

Mr. Navarrette was born March 17, 1913, in Terlingua. He was a life-long resident of Alpine.

He is survived by a daughter, Irma Navarrette Lara of Marfa; a son, Jose Patricio Navarrette of Fort Davis; and several grandchildren.

Burial will follow in Holy Angels Cemetery under the direction of Geeslin Funeral Home.

Mrs. Herrera was born March 22, 1922, in Terlingua and was a lifelong resident of Alpine and a Catholic.

Survivors include one daughter, Adela Flores and son-in-law Cayetano Flores of Alpine; one son, Rafael Herrera and daughter-in-law Leogarda Herrera of Alpine;

Rosary was at 7 p.m. Tuesday in Geeslin Funeral Home chapel. Funeral mass was at 10:30 a.m. Wednesday at Our Lady of Peace Catholic Church with burial in Holy Angels Cemetery.

He was born July 7, 1906, in Terlingua and was a lifetime Alpine resident. He was a ranch hand and a member of the Catholic church.

Survivors include several nieces and nephews.