To commemorate the anniversary of Bob Wirt's birth  on October 7, 2013
we present a slide show of six photographs provided by Scarlett Wirt to show
Bob's life and family away from the ruins. 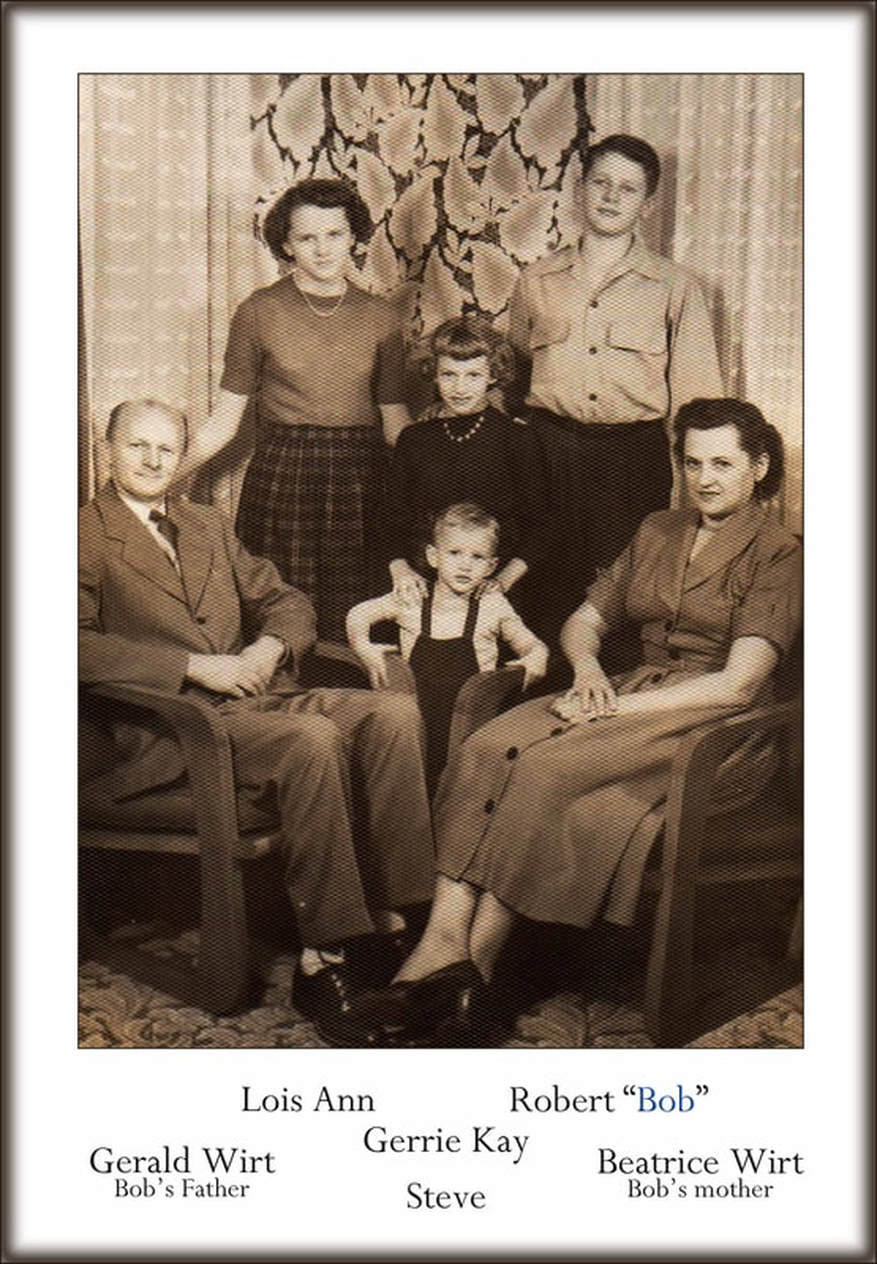 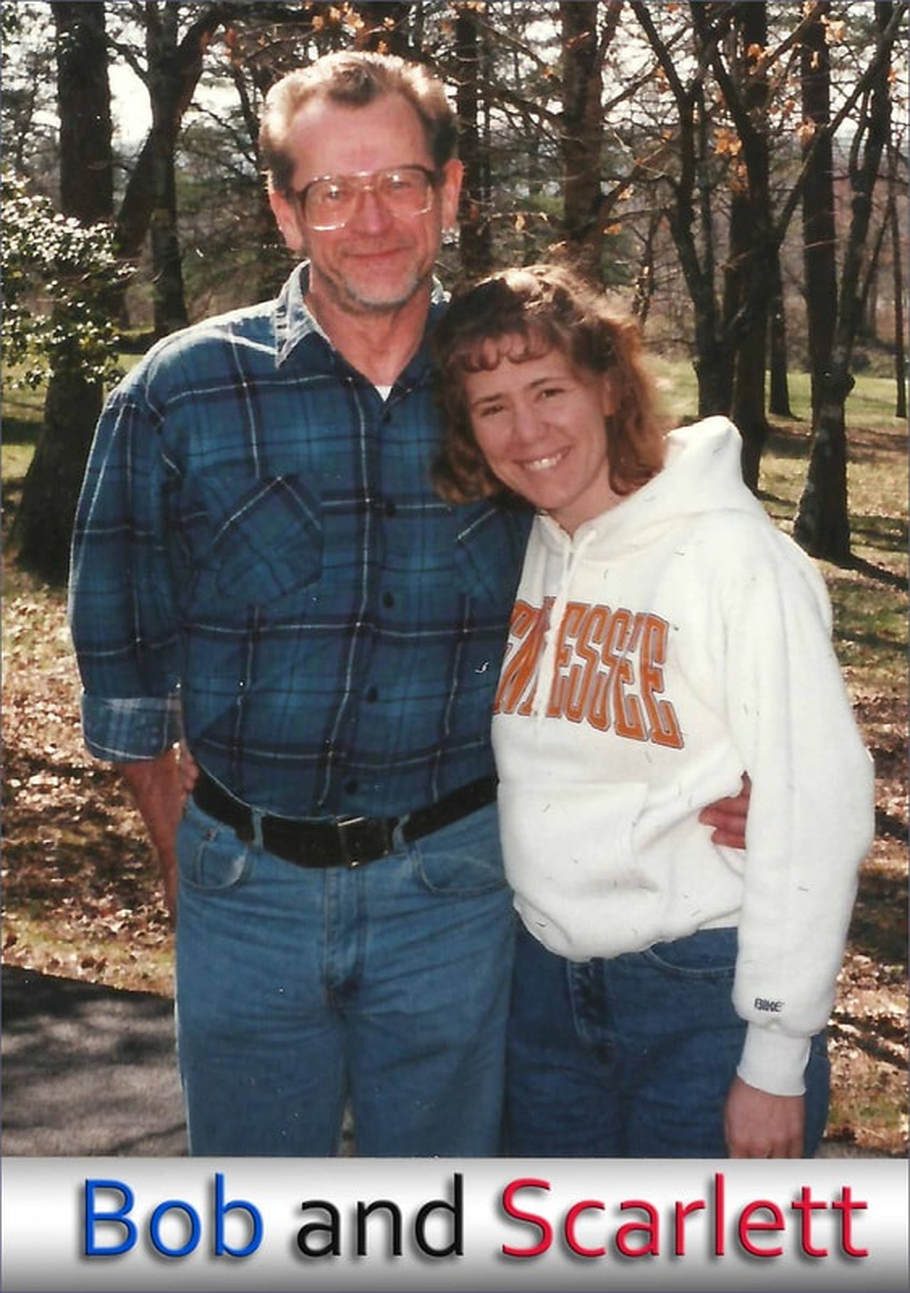 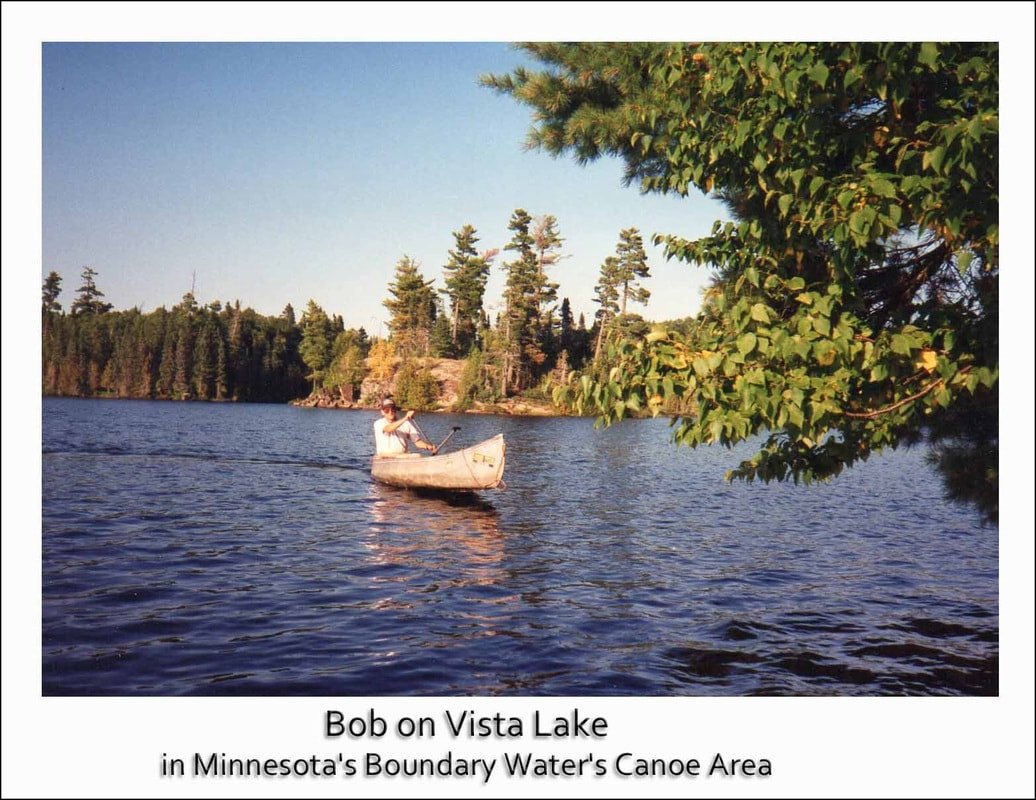 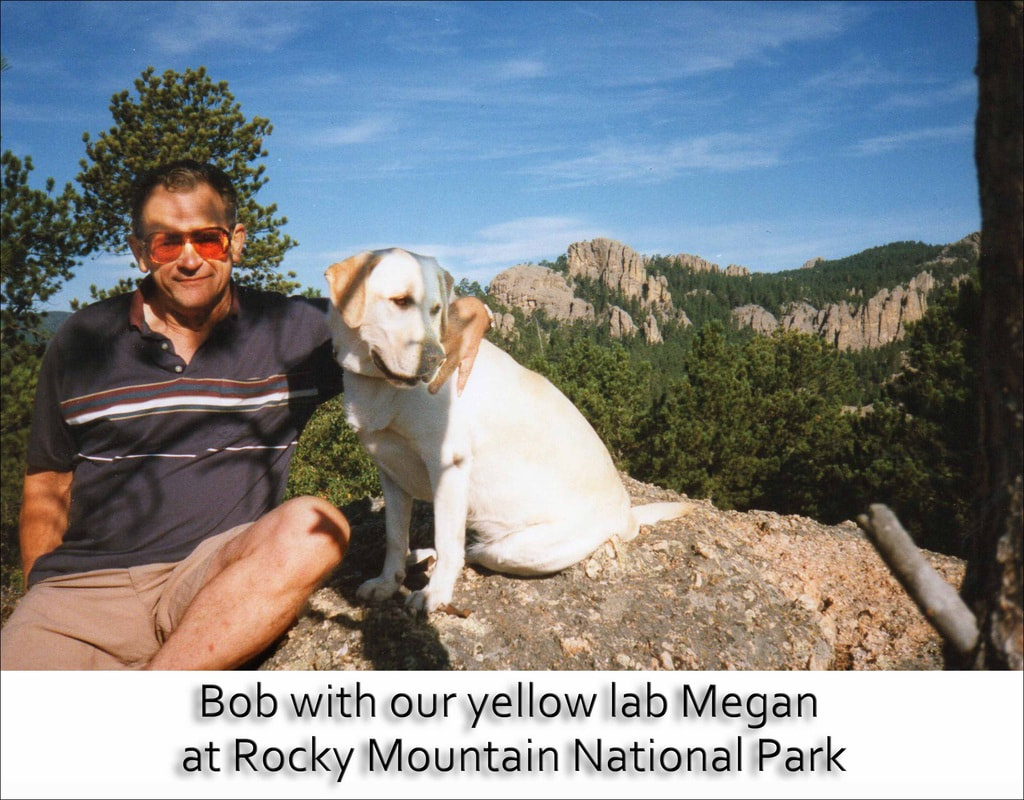 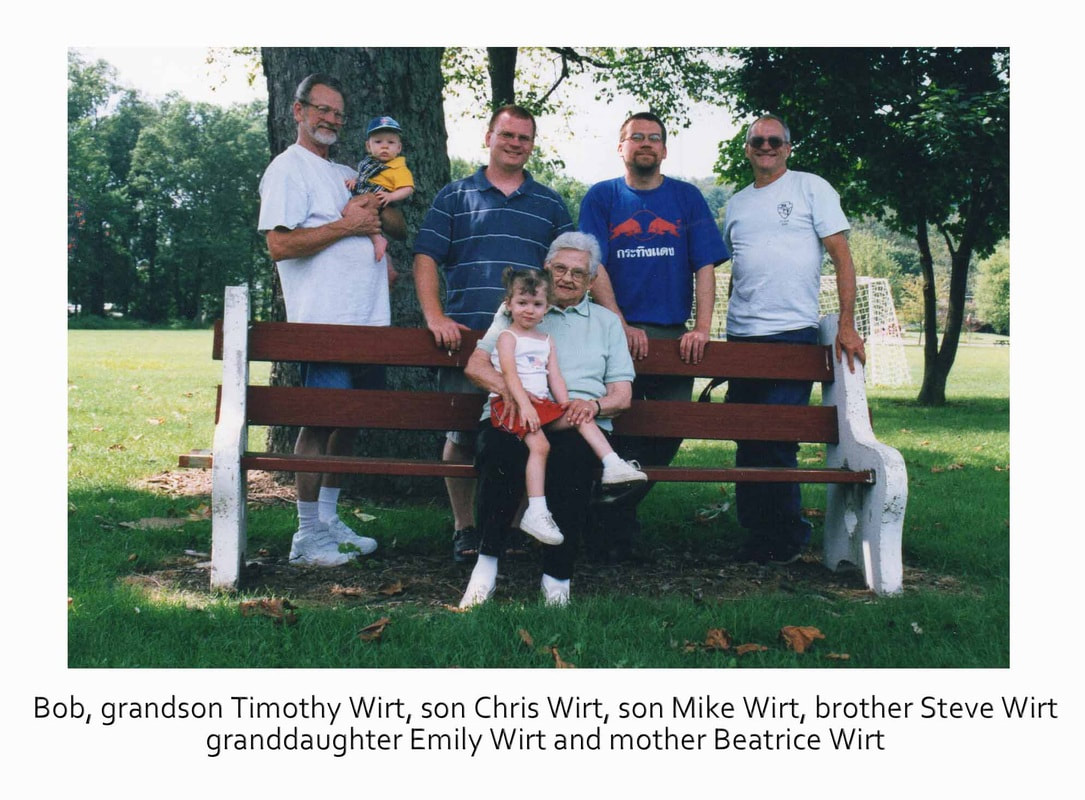 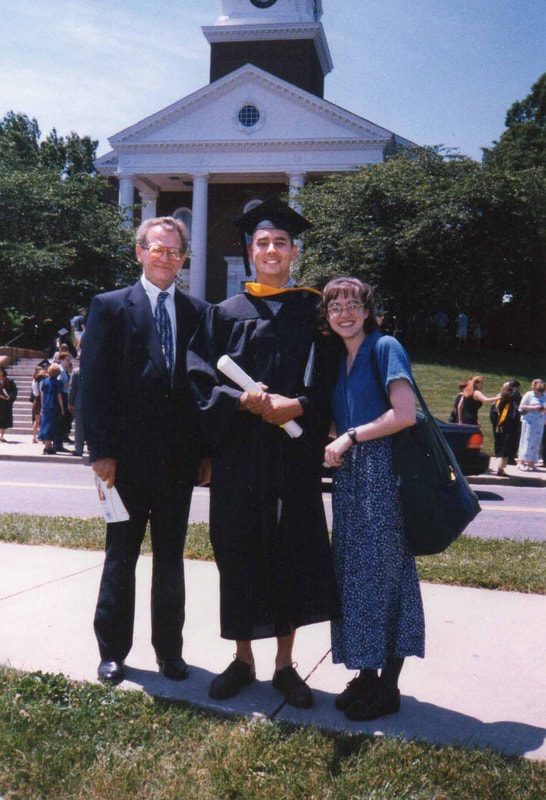 Saturday February 19, 2011
Trip to the Franco and Valenzuela Ruins
The following photos were taken by Antonio S. Franco February 2011
click on photos below to enlarge them 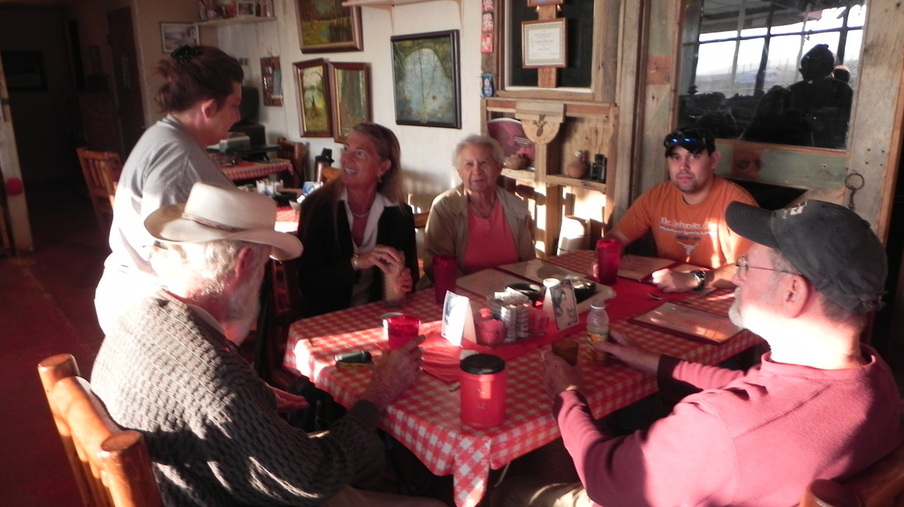 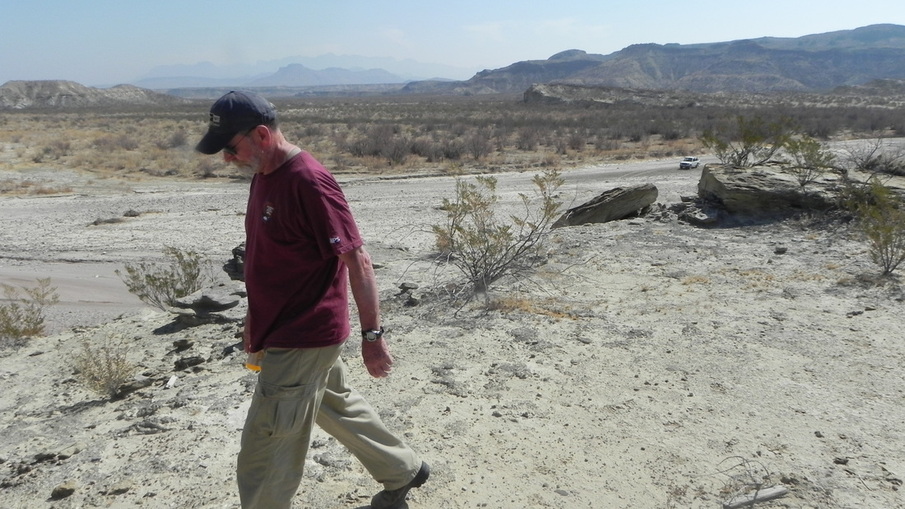 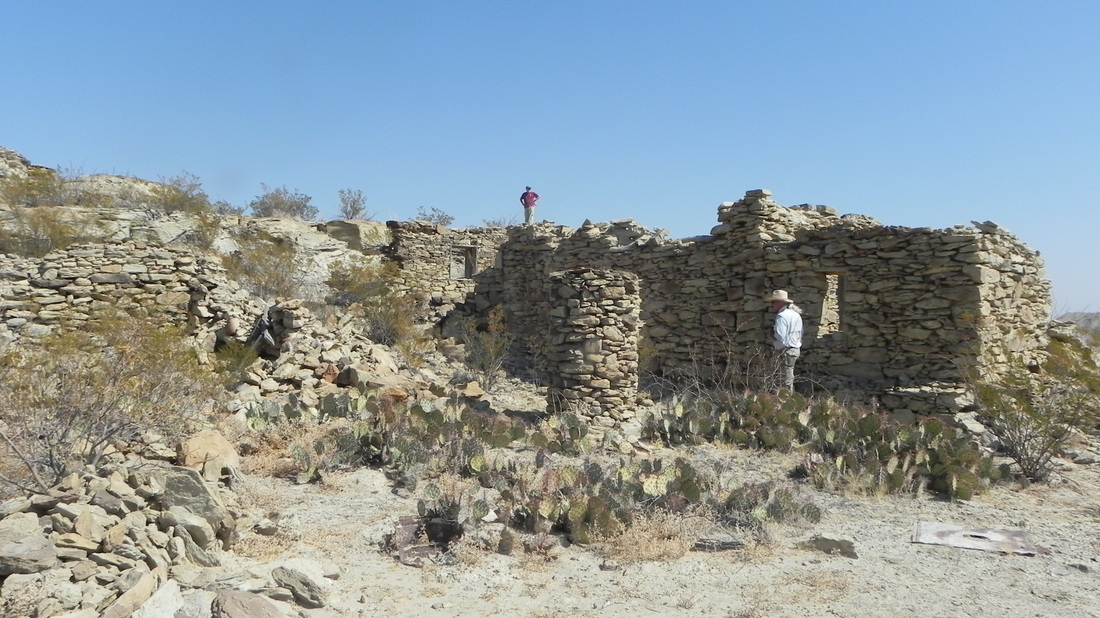 Ken Barnes and Celestina Amatulli at the San Ysidro ranch house ruins telling of their experiences living there in different decades. 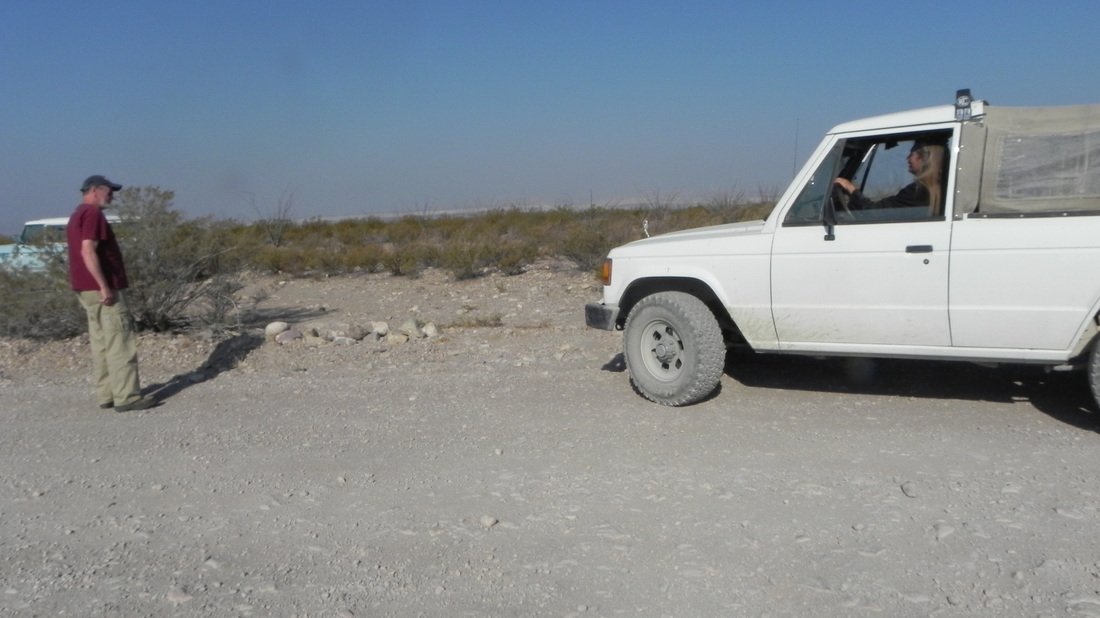 Bob Wirt and Cynta Narvaez back at Terlingua Ghost Town after the visits to the ranches. 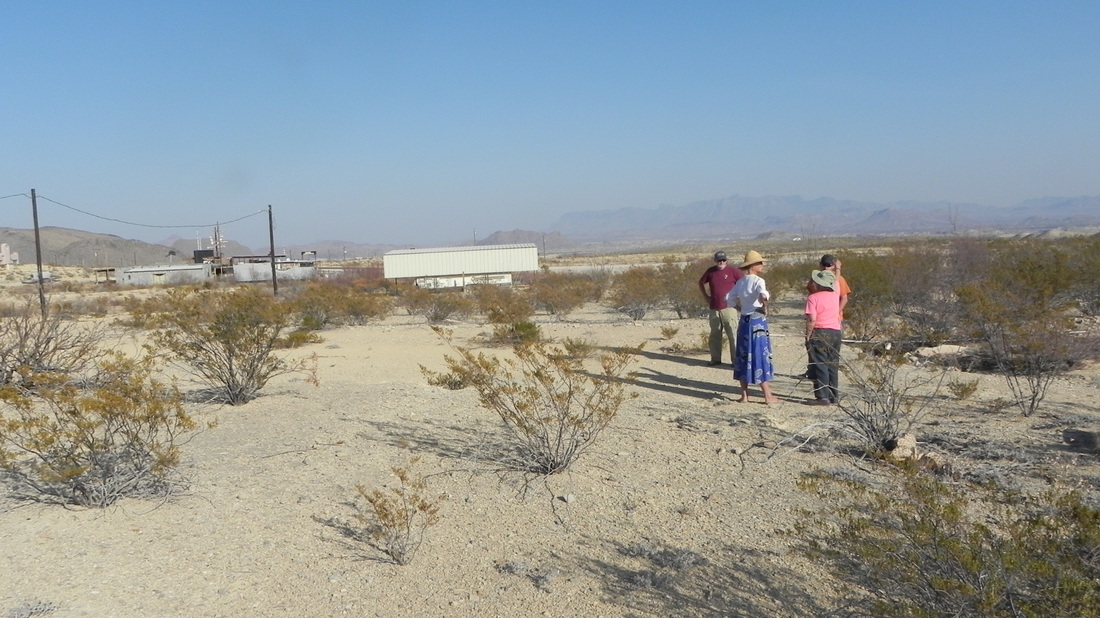 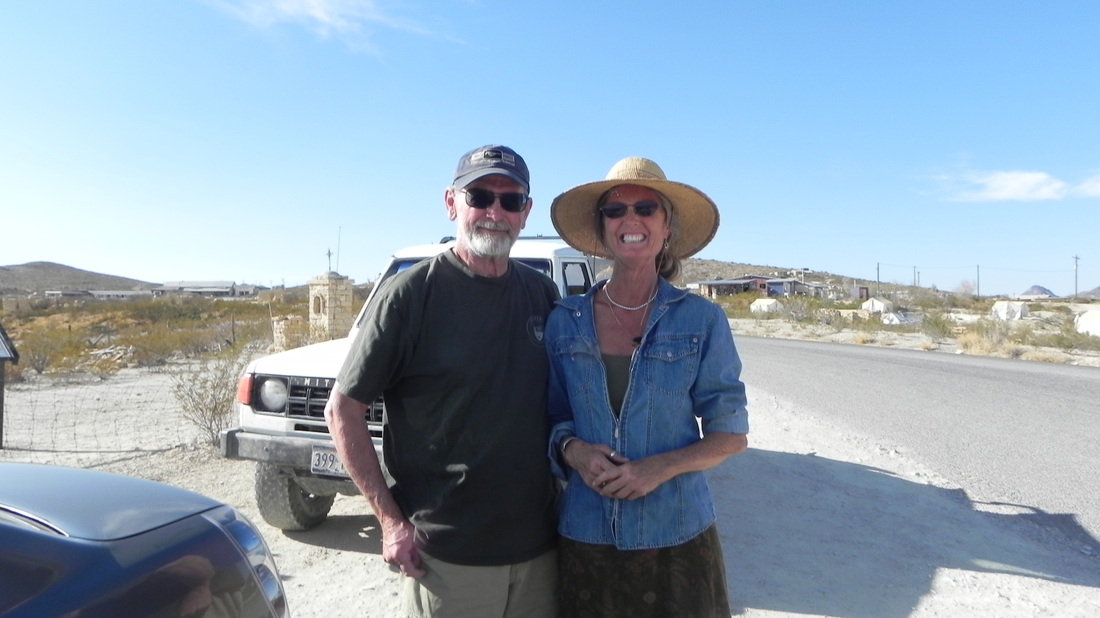 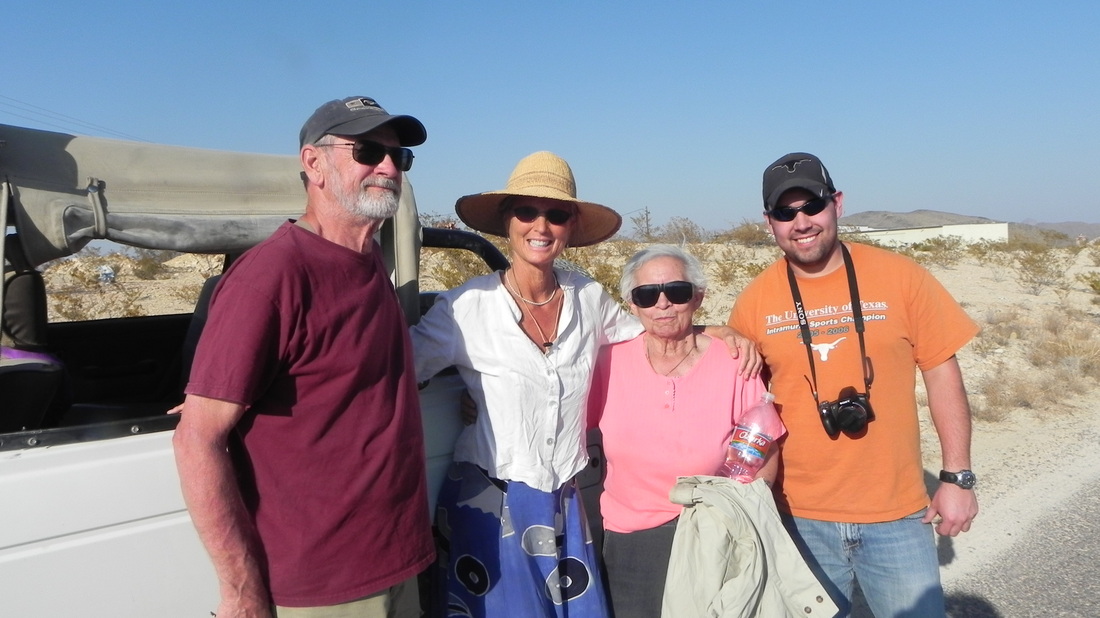 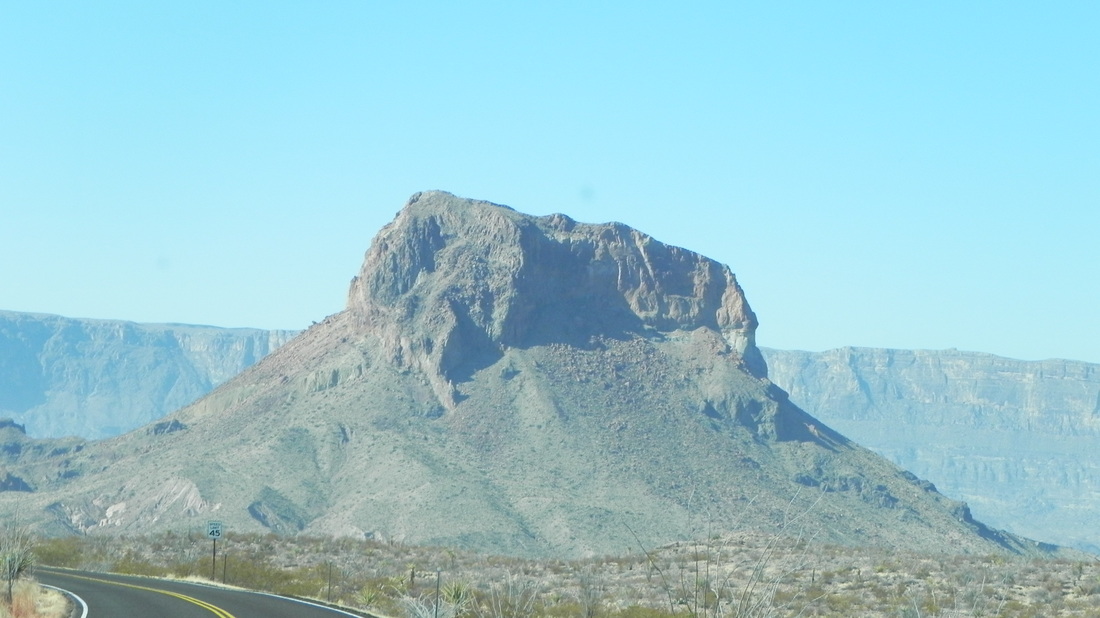 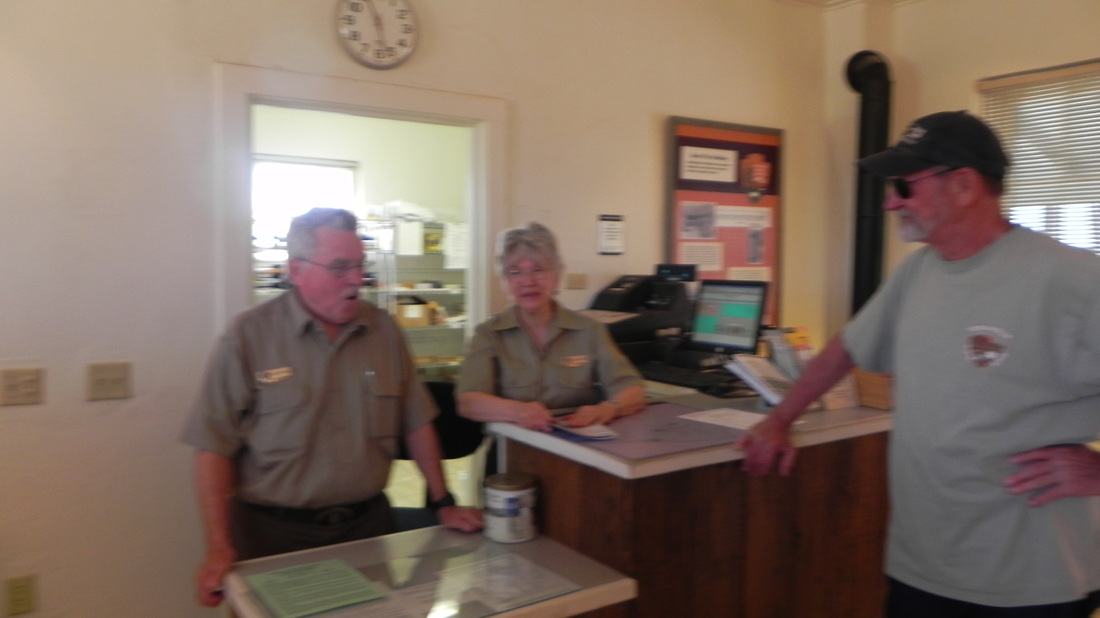 Ron and Jane Payne with Bob at Castolón. 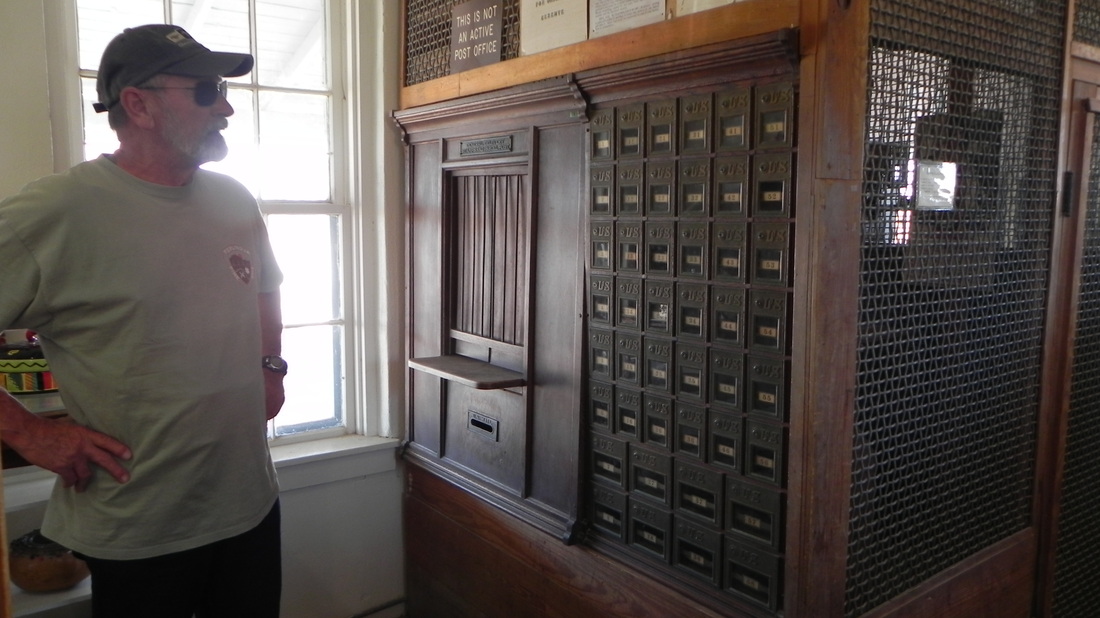 Bob's research showed that when Santa Elena was granted a US post office the government did not accept the name Santa Elena, Texas because it was already taken; so they had to select a new name.  It is believed that they came up with the name Castolón because Castellán Peak is prominent there. 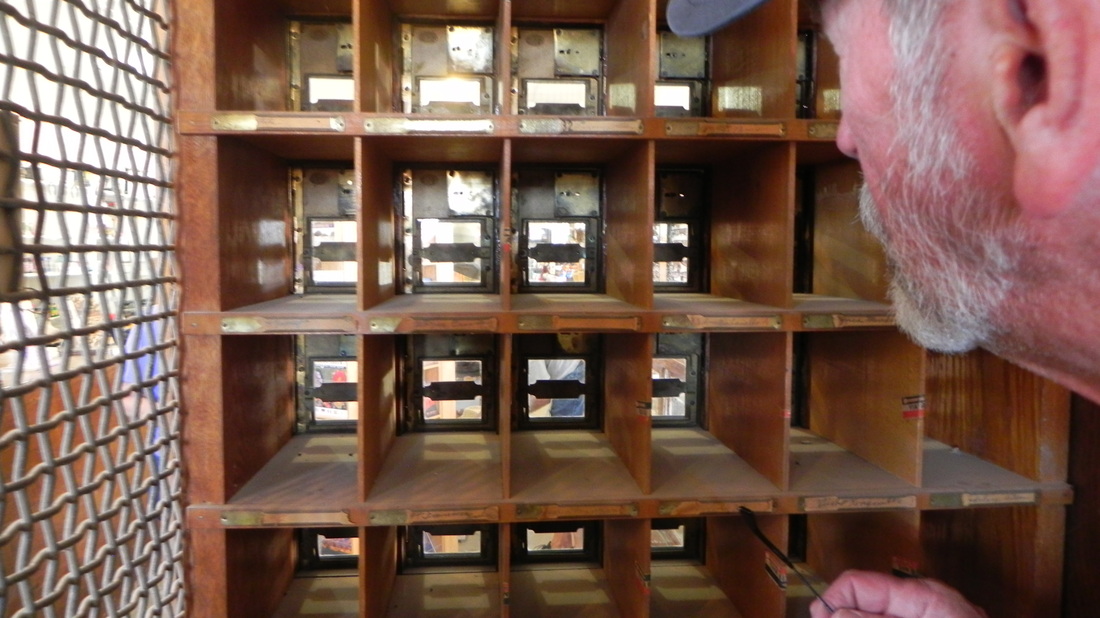 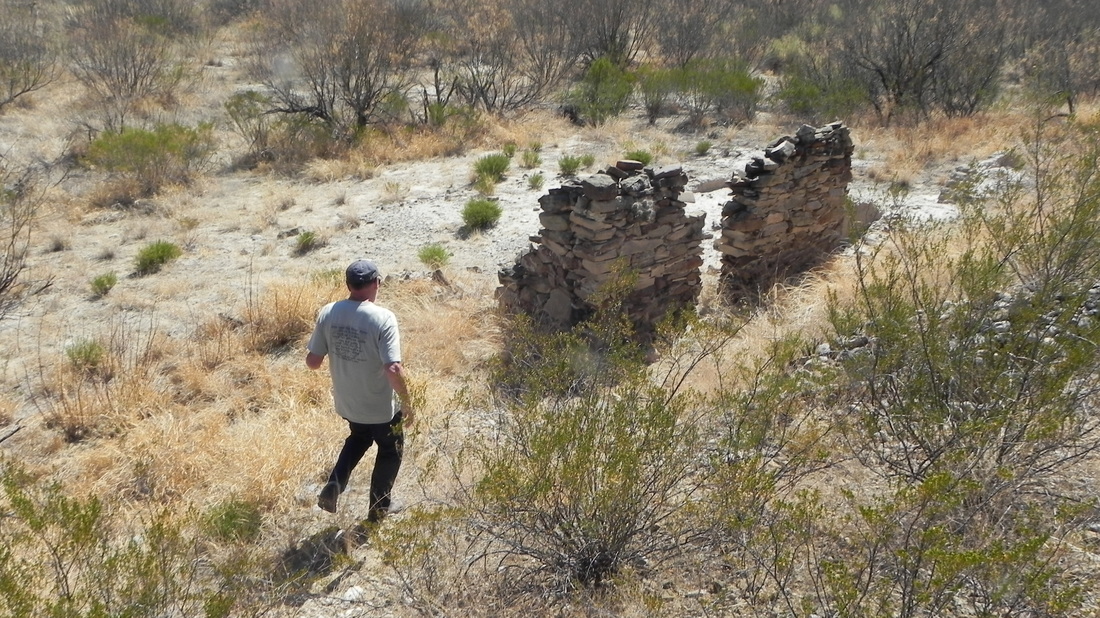 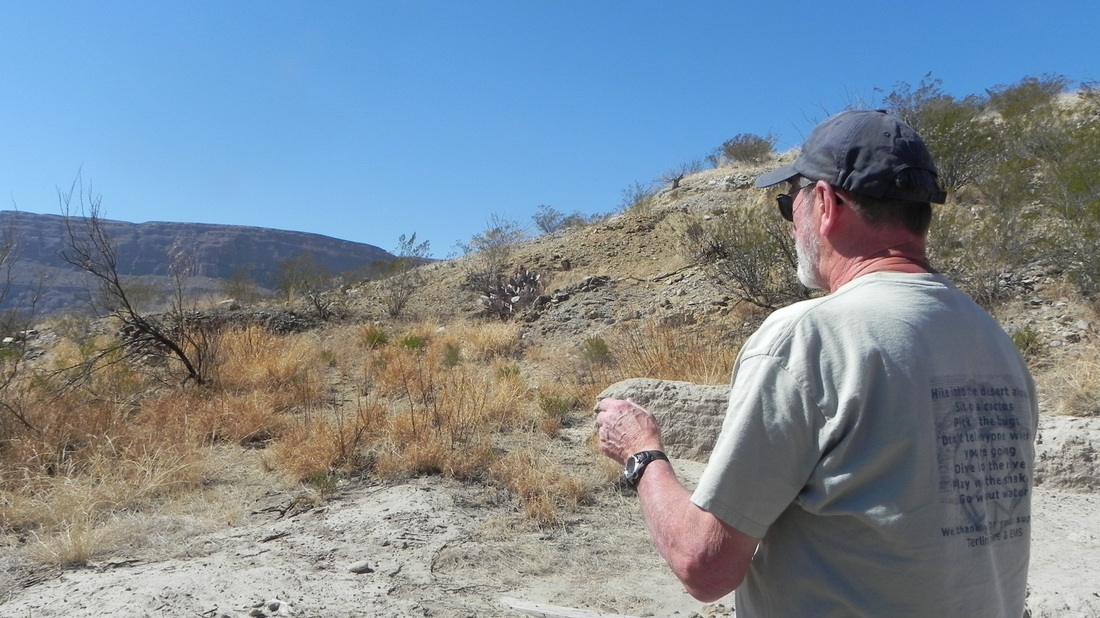 Bob in front of the ruins of Severiano Chavarría's home.  The Rio Grande is immediately behind this hill just a few feet away.  Bob's research revealed that Ruperto Chavarría, Severiano's oldest child built his home just around the corner from here.  A flood of the Rio Grande in the early 1930's destroyed Ruperto's home so he rebuilt atop this small mesa.  Today the traces of the foundations of two houses are visible on top of the small mesa.  According to Bob it is not known which but one of those was Ruperto's second home.  Bob was researching this settlement which grew large and lasted into the 1940's.  Today it is "The Forgotten Ghost Settlement."  To see more on La Coyota based on Bob's research go to La Coyota in Familias de Terlingua. 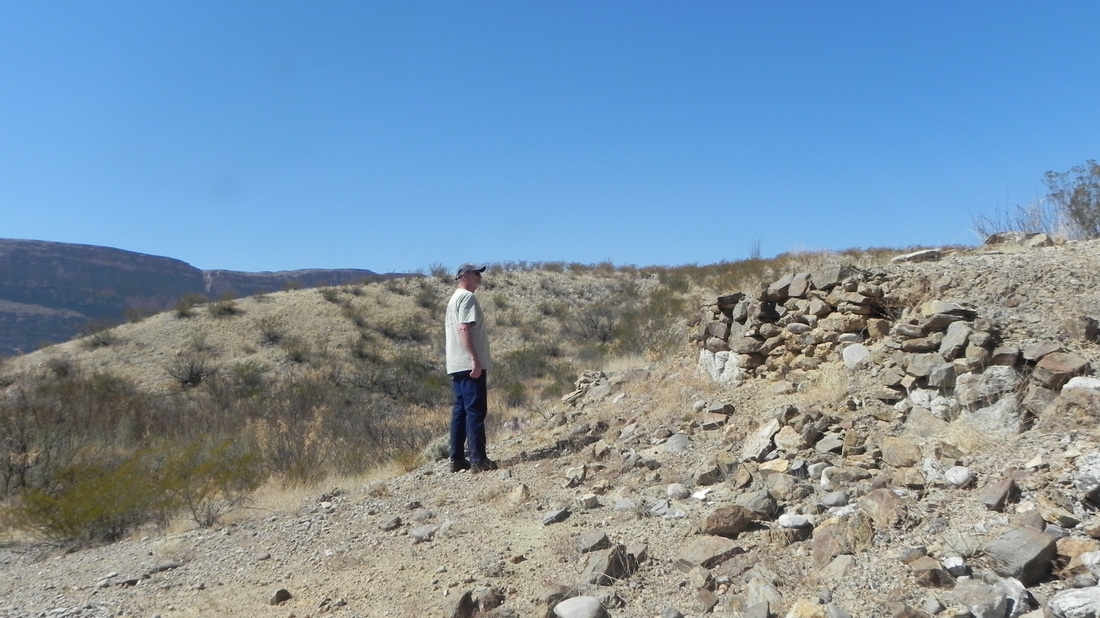 Bob on his way to the top of the small mesa at La Coyota. 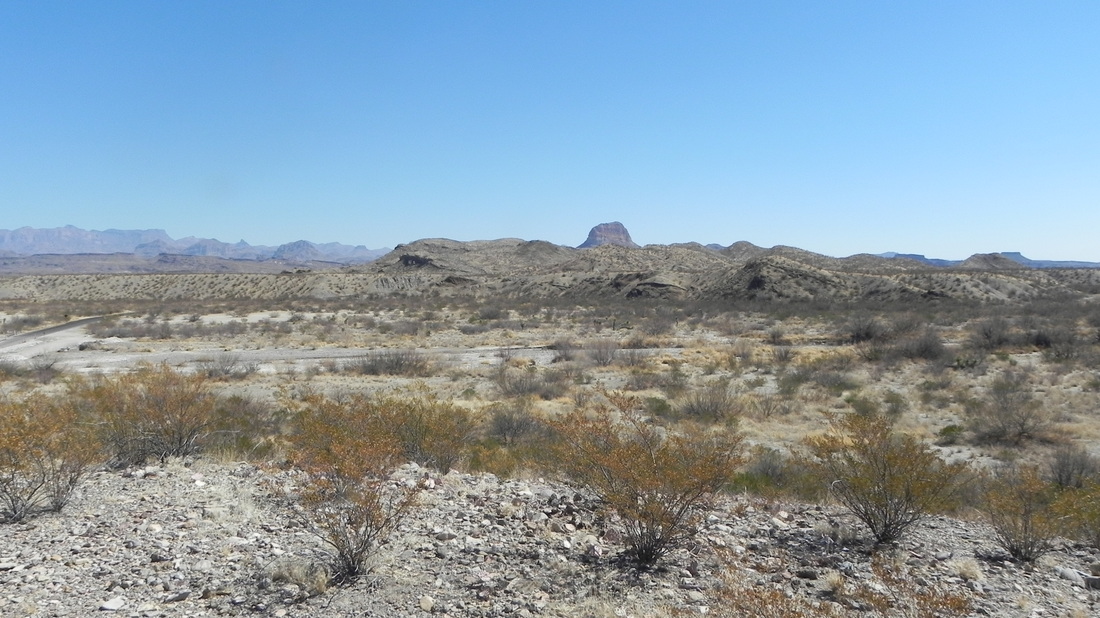 Castellán Peak seen in the distance from La Coyota.
There are two videos below that may not appear in computers running Apple operating systems