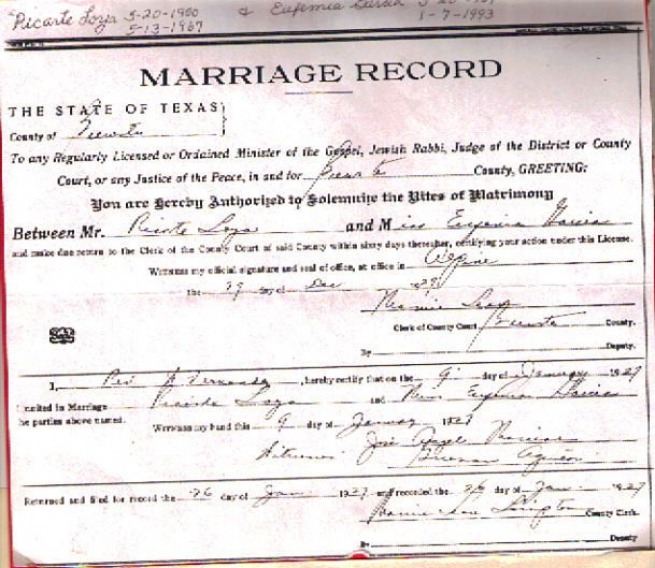 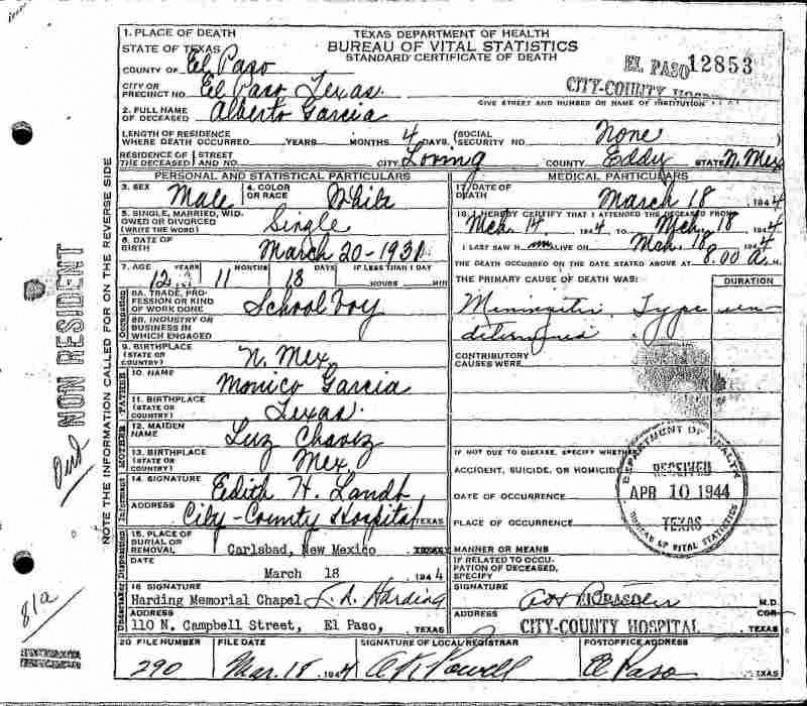 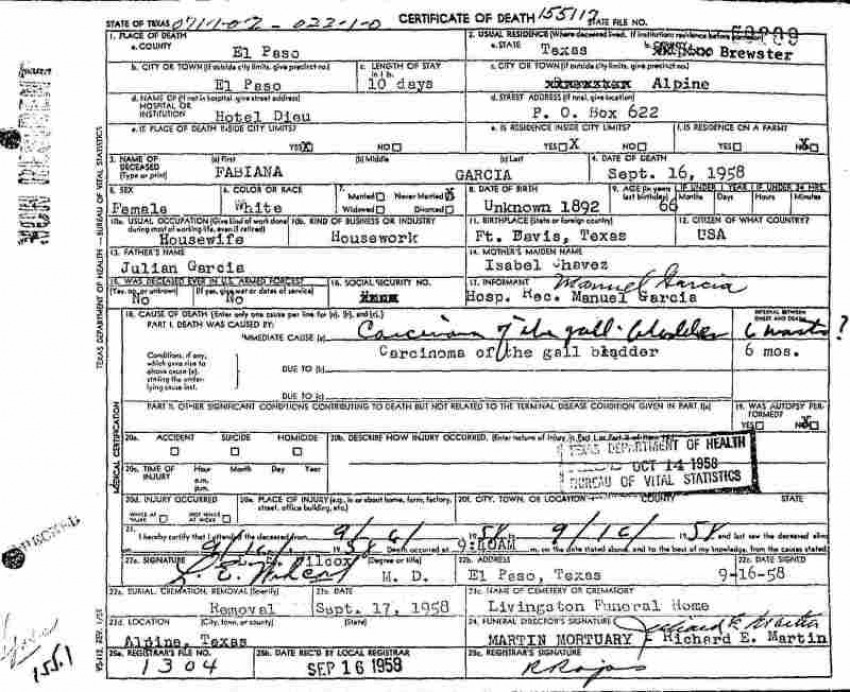 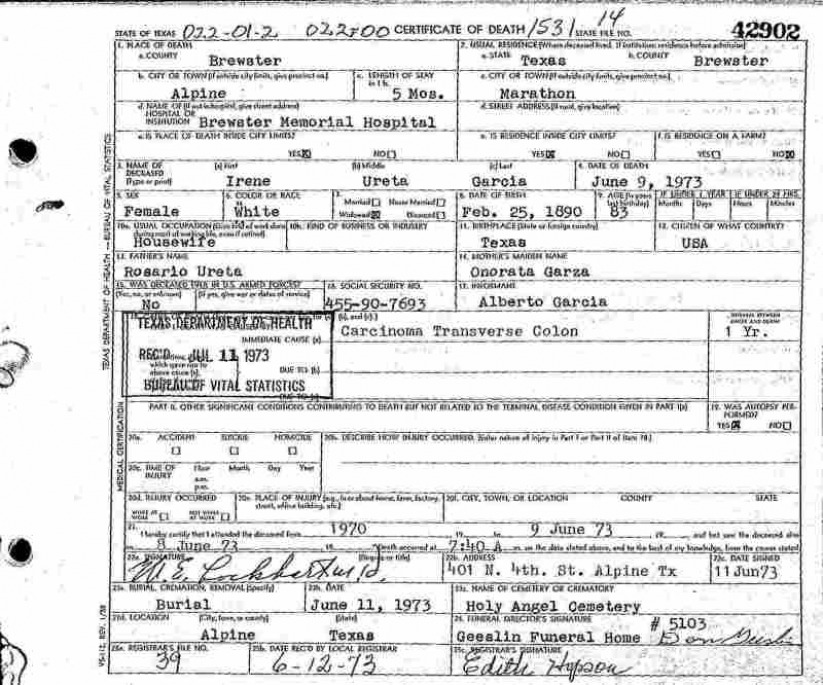 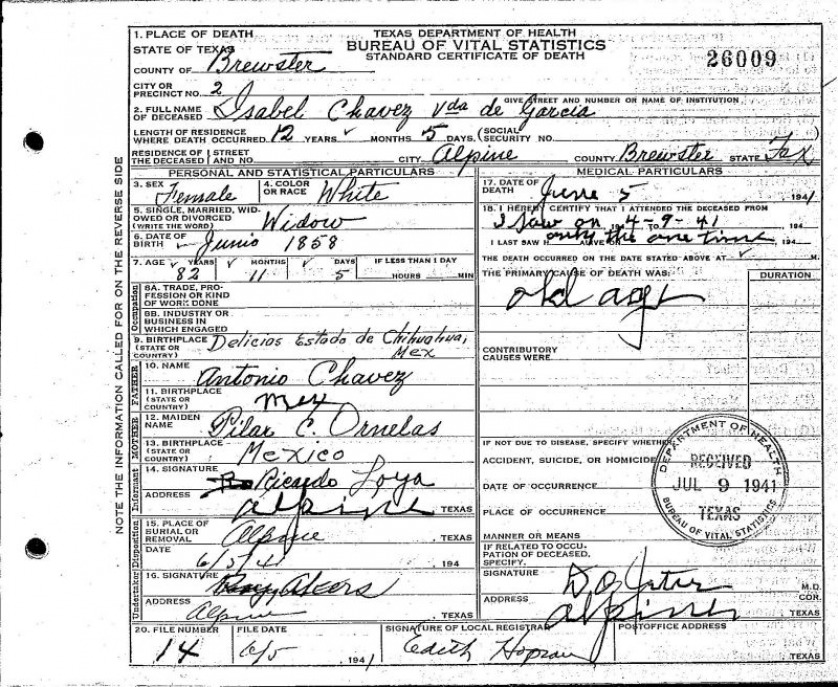 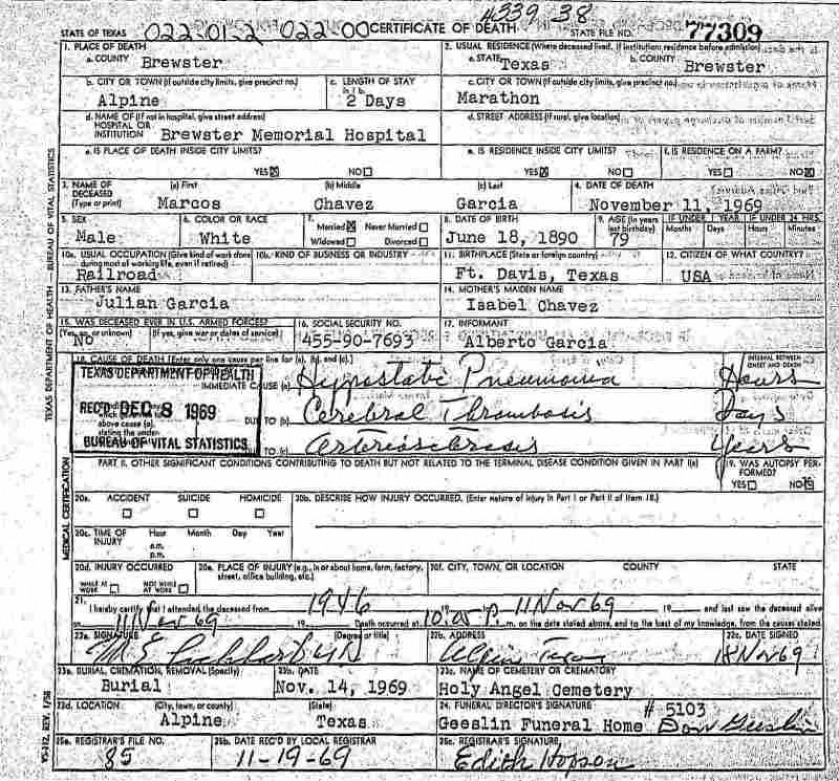 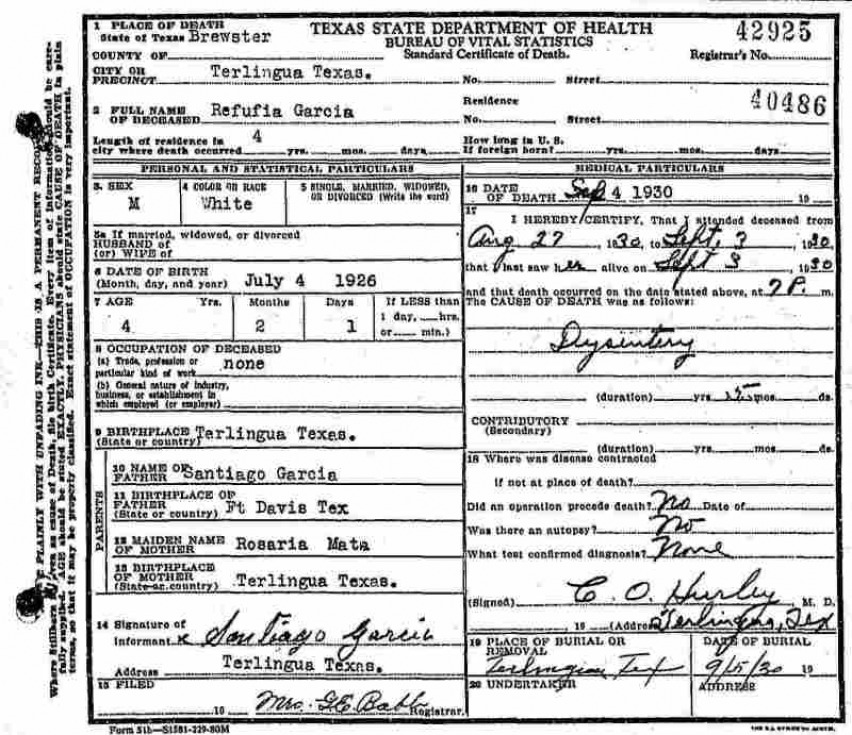 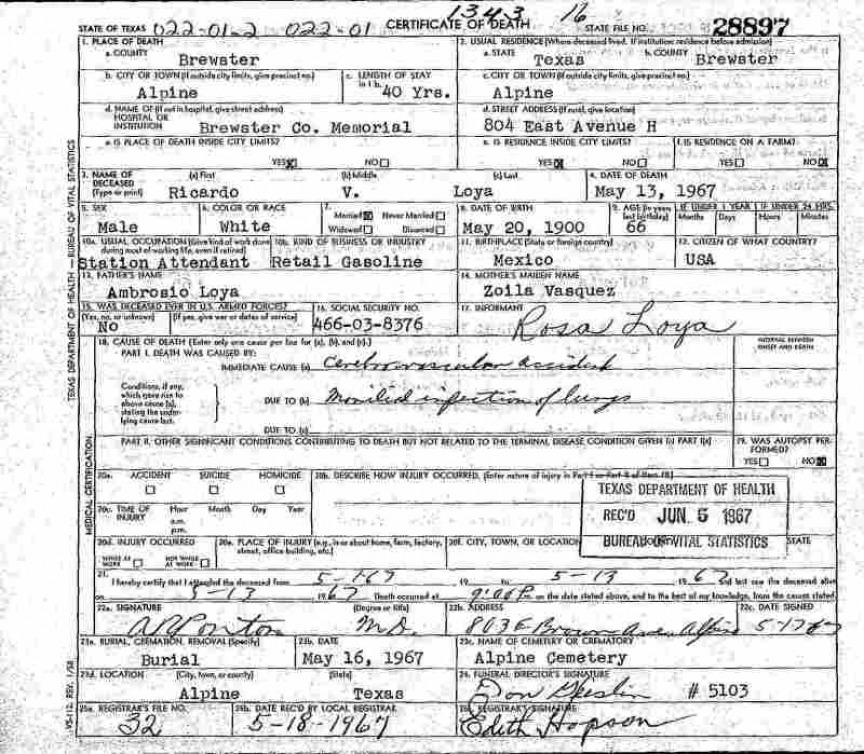 Rosary was Monday night at 8 p.m. at St. Mary’s Church in Marathon. Funeral Mass was Tuesday at 2 p.m. at the church with burial following in Marathon Cemetery. Rev. Rick Ruiz officiated. Geeslin Funeral Home was in charge of arrangements.

Mr. Garcia was born in Lajitas March 15, 1917. He married Angelita Garcia in Marathon in 1945. He was a member of Our Lady of Peace Church, American Legion, Veterans of Foreign Wars, and Holy Angels Cemetery Association. He served in World War II in Europe in the U.S. Army. He was preceded in death by a son, Peter Garcia.

Rosary and Mass conducted by Rev. Stephen Peters was held at Our Lady of Peace Catholic Church with burial at the Holy Angels Cemetery directed by Geeslin Funeral Home.

Loya was born March 20, 1901 in Marathon. She was reared in Terlingua but lived in Alpine for many years. She was a member of the Catholic Church and a member of Accion Catholica. Loya was preceded in death by her husband, Ricardo Loya in 1967.