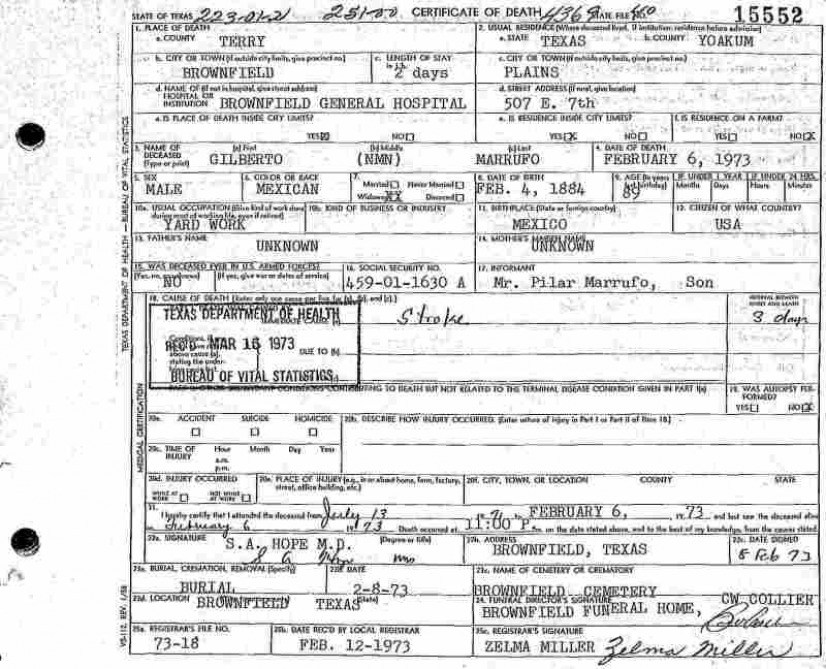 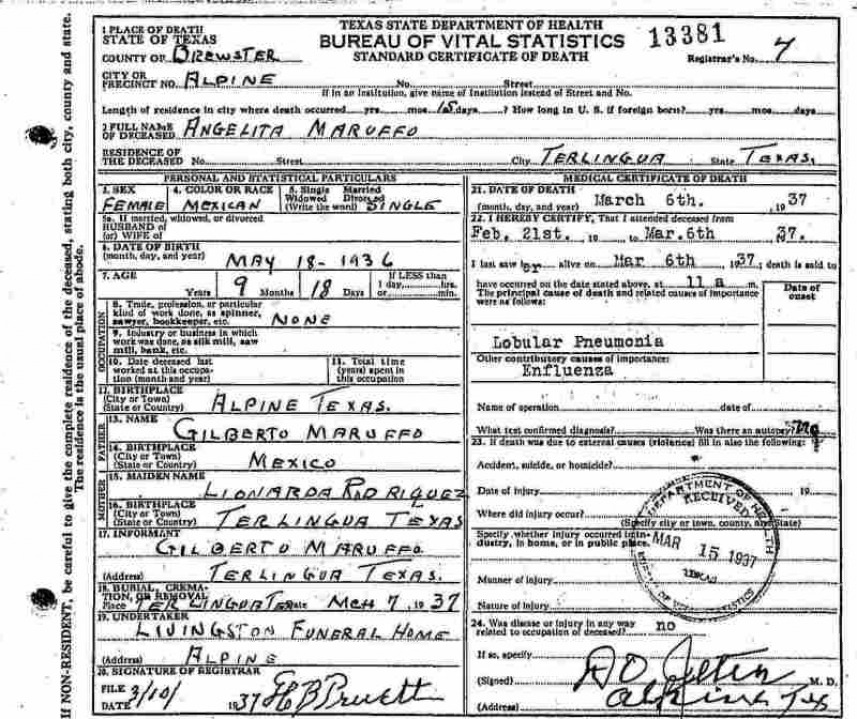 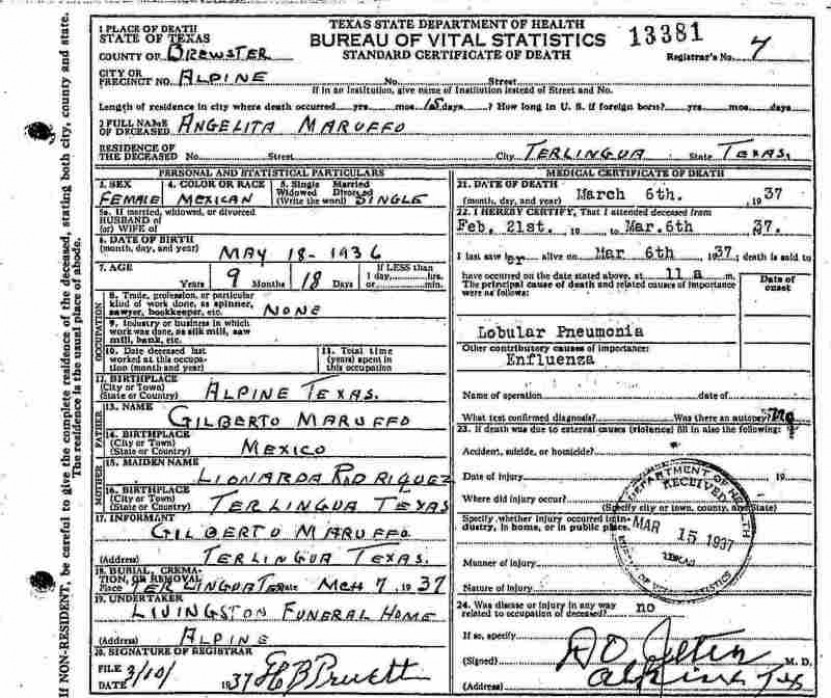 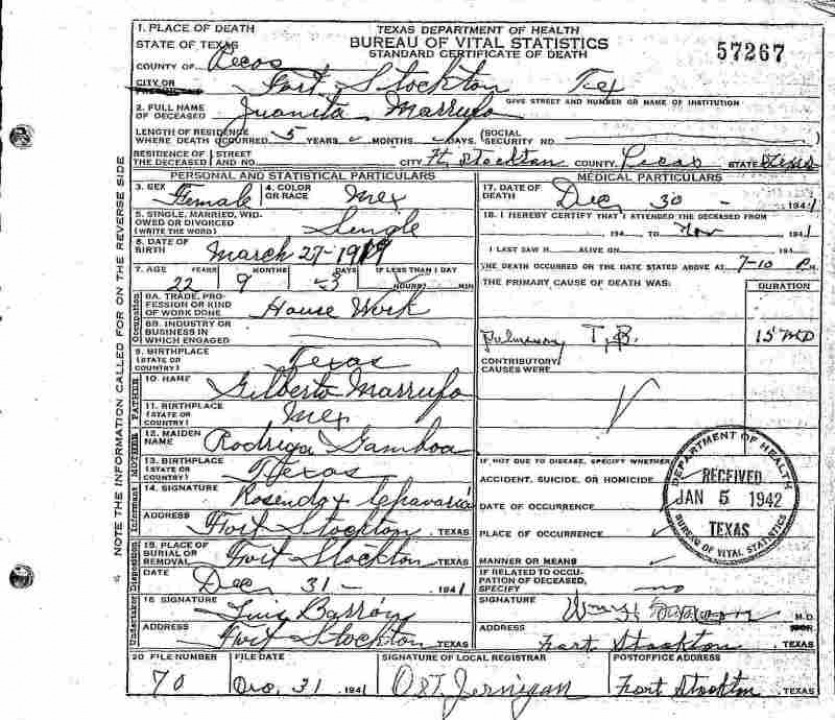 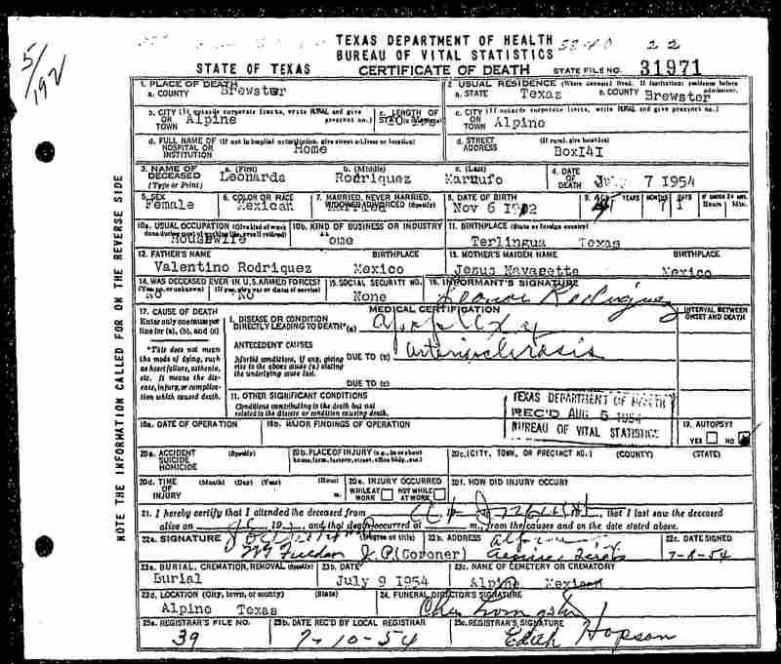 She was a homemaker and a Christian. She was born on April 27, 1921 in Mariscal, Texas to Gilberto and Rodriga Gamboa Marufo.

Services were under the direction of Sunset Memorial Funeral Home of Odessa.