A Documented Research Report by Bob Wirt
Version 3, July 28th, 2011
Encarnacion “Chon” Chavez was born in San Carlos, Mexico in 1856 (a). He was the son of Gabriel Chavez and Micaela Lujan. On April 8, 1858 he married Severa Gomez in Jesus Nazareno Temple in Ojinaga, Chihuahua, Mexico. The couple had six children while living in Mexico, and another in 1904, just after they immigrated to the United States.

Chon and Severa may have lived briefly in Lajitas, but by 1905 they had settled in the Terlingua area and remained there until Chon’s death on December 6, 1930. He died of Cirrhosis of the liver and is buried in the Terlingua Cemetery. For three months prior to his death he was treated by Chisos Mining Company physician Dr. E.A. Montenyohl. Severa died in Alpine January 13, 1943 and is buried there. According to the 1920 census, Encarnacion and Severa were United States Citizens by that time.

Encarnacion and Severa engaged in a variety of activities to earn income. According to the 1910 and 1920 census records, he was a “laborer”. In October 1916 he probably was working in some capacity for the Chisos Mining Company. In 1917 he hauled 21,714 pounds of freight for the Study Butte Mining Company, earning $130.28. And in July 1921 he was employed briefly by Robert L. Cartledge, Chisos Mining Company Manager. He also raised goats.  Severa was a popular midwife and delivered many children in the Terlingua area. She also sold goat milk, cheese and bread. 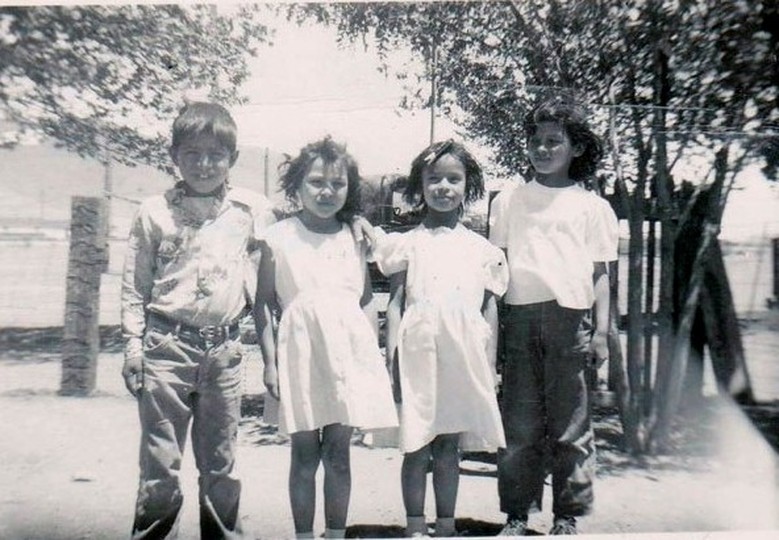 5. Daughter Isabel Chavez was born in Mexico in 1897. She immigrated to the United States with her family in 1904 and was living with them in the Terlingua area in 1910. She married Jose Baeza Molinar July 2, 1916 in Brewster County. He was born May 31, 1887 in Presidio, Texas, the son of Victoriano Molinar and Jesus Baeza (see http://www.lifebeforetheruins.com/antonio-molinar.html. for more information on the Molinar family). Jose was from a family of freighters, and from 1916 through 1918 he pursued that profession. In the last four months of 1916 he hauled over 53 tons of freight for the Study Butte Mining Company, earning $532.87. In 1917 he hauled nearly 161 tons of freight for the same company, earning $1.694.05, and in 1918 he hauled over 87 tons, earning $1,121.97. However, in the 1920 census his occupation was shown as “Laborer, general” and in 1930 as “Farm laborer”. In 1934 and 1936 he was working for the Chisos Mining Company. In April 1936 he suffered a foot injury when an ore bucket overturned on it. He missed six days work as a result. He received half pay for the time missed.

From 1944 to 1965 Jose was a resident of Alpine, where he worked as a bricklayer in the construction industry. He died at his residence in Alpine December 18, 1965 from pneumonia and cancer. He is buried in the Alpine Cemetery. 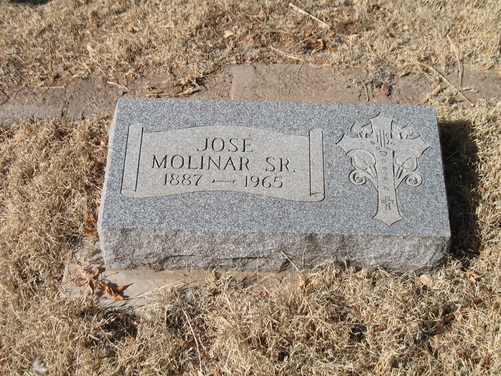 6.  Son Guadalupe Chavez was born December 12, 1900 in San Carlos, Mexico. He immigrated to the United States with his parents in 1904 and was still living with them in Terlingua in 1930. He worked for the Chisos Mining Company, employee number 468. He died of bronchial pneumonia in Alpine February 19, 1942 and is buried in the Alpine Cemetery. He married Paula Lopez in the Terlingua area (b) December 28, 1924. She was the daughter of Octaviano Lopez, Sr. and Elijia Ramirez. Her family’s history can be found at http://www.lifebeforetheruins.com/octaviano-lopez-sr.html  Guadalupe and Paula had three children:
A.   Daughter Guadalupe Chavez was born circa 1928 in Texas. She married Jose “Joe” Almodova and they had three children, all born in Brewster County:
(1)  Daughter Rosa Almodova was born November 5, 1945.
(2)  Son Joe Almodova, Jr. was born May 2, 1947.
(3)  Daughter Amanda Almodova was born November 28, 1948.
B.   Son Victoriano Chavez was born March 5, 1930 in Terlingua. He was delivered by his grandmother, Severa Chavez.
C.   Son Roberto Chavez was born September 10, 1934 in Terlingua. He died in Terlingua July 26, 1936 and was buried there the following day by his father.

7.  Daughter Micaela Chavez was born in Lajitas, Texas January 5, 1904 and was baptized there by Father Brocardus April 29, 1904. Her godparents were Jose Herrera and Maxima Chavez. She married Jose Galvan in Terlingua December 28, 1924. The ceremony was performed by Father Salvador M. Giran of St. Agnes Catholic Church in Terlingua and the witnesses were Tomas Lujan and Jesusita Gonzalez. Jose was the son of Victoriano Galvan and Feliciana Martinez. He was born in Santa Rosalia, Chihuahua, Mexico. Jose worked for the Chisos Mining Company, employee number 387, from at least March 1925 until his death in 1935. He died of tuberculosis in Terlingua August 29, 1935 and was buried in the Terlingua Cemetery the following day.

After Jose’s death, Micaela moved to Alpine. She remained there until 1946, when she moved to Artesia, New Mexico. There she married Hilario Brito in November 1945. They had no children. Hilario died in 1976. Micaela died in Artesia February 22, 2007.

(b)          Recorded in St. Agnes, Terlingua church records, but specific site not given.

Marriage records from St. Agnes Church in Terlingua, available on microfilm from the L.D.S. Church.