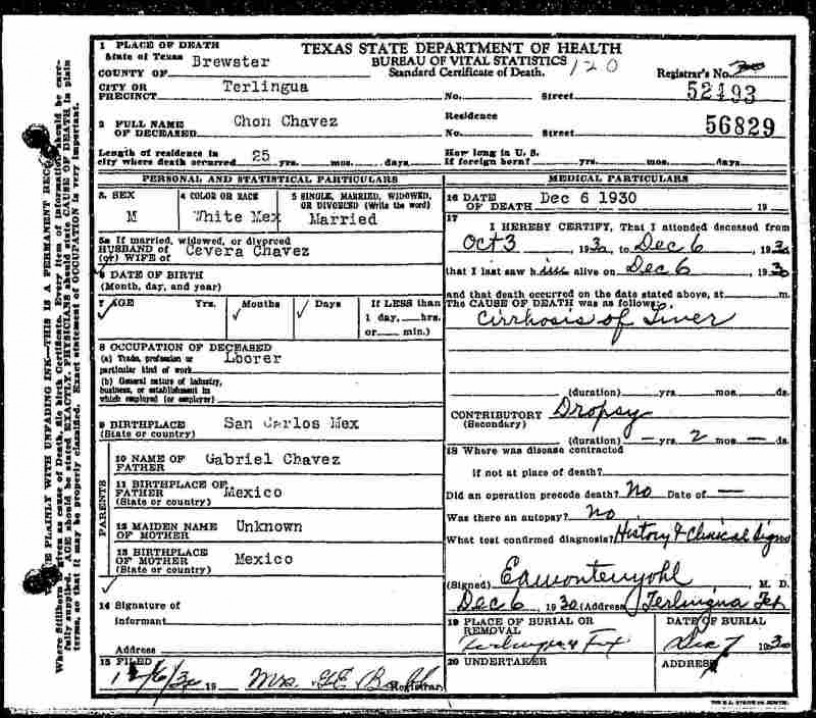 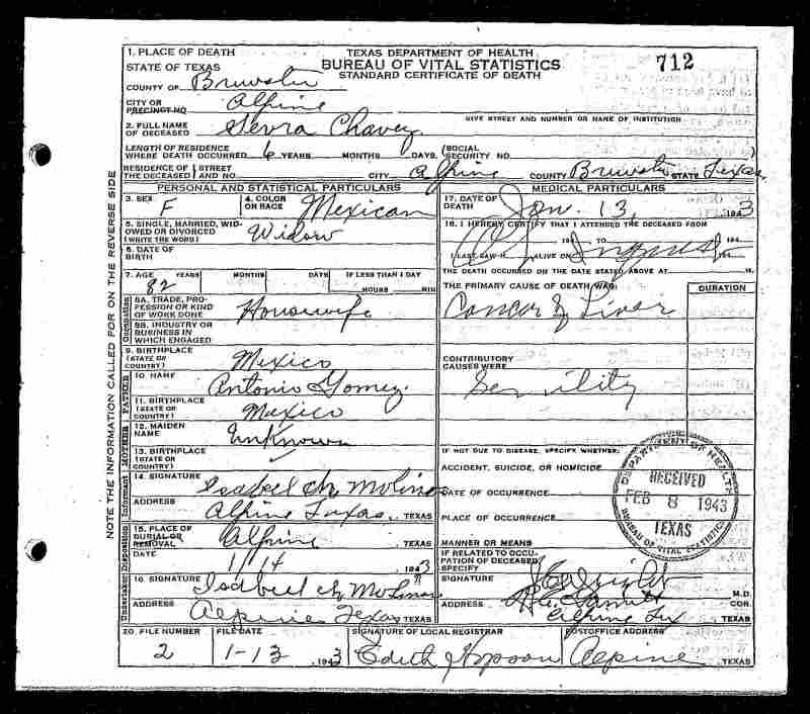 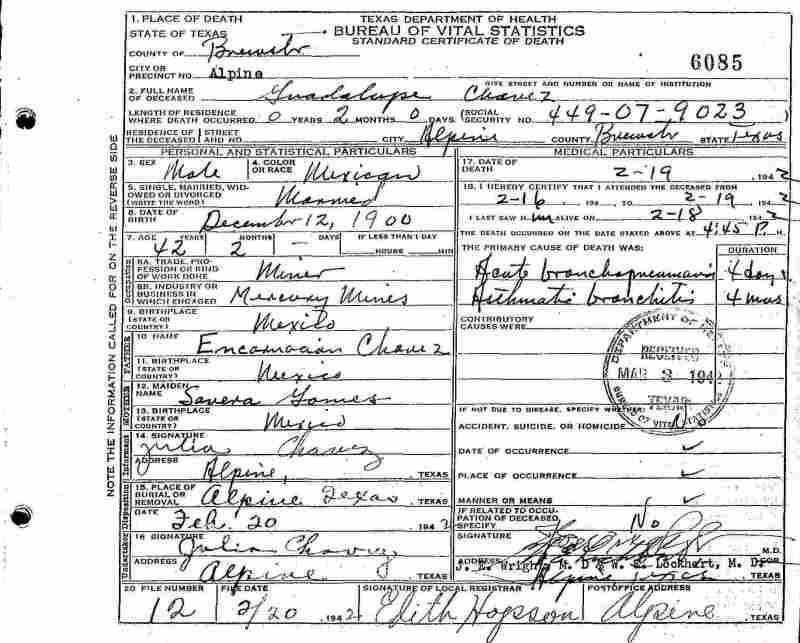 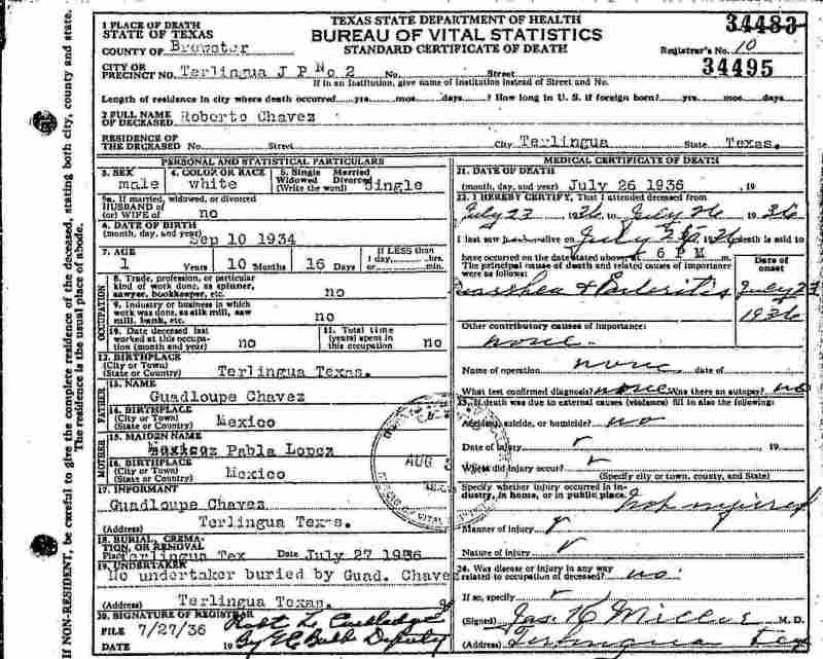 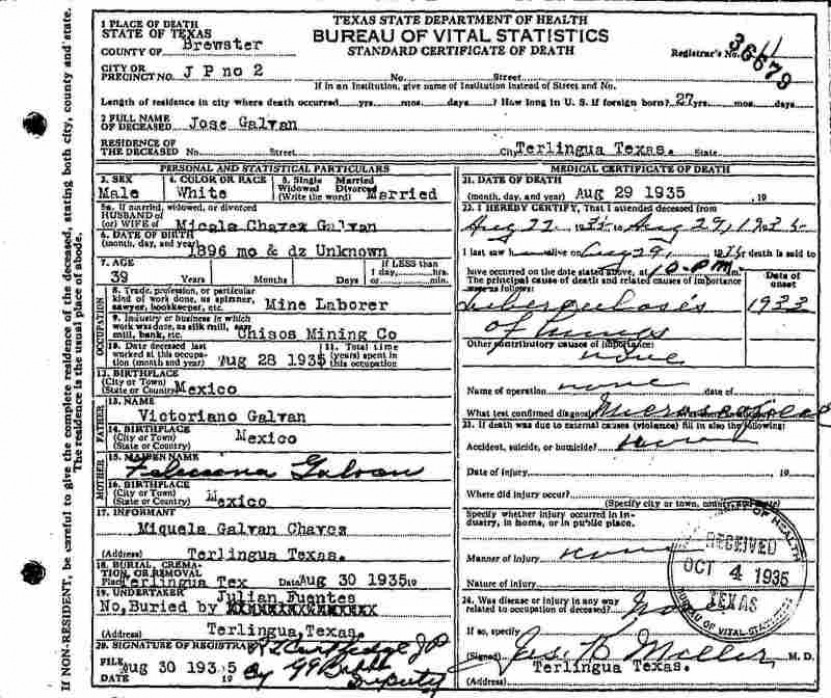 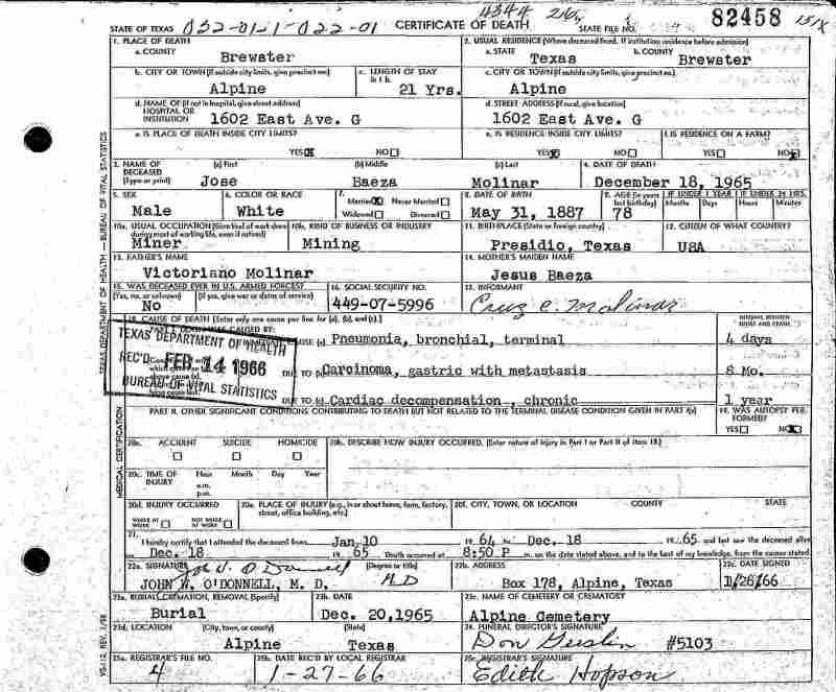 MONAHANS       Ramon Fuentes Chavez, 80, of Monahans, a retired maintenance driver, died Sunday, April 9, 2000, at his residence. Mass will be celebrated at 2 p.m. today at St. John’s Catholic Church with the Rev. John Lucido officiating. Burial will be at Monahans Memorial Cemetery. Arrangements by Harkey Funeral Home.

He was born in Terlingua. He was an Army veteran of World War II. He was Catholic.

Services were held Monday, Feb. 26, at Our Lady of Grace Catholic Church for Micaela C. Galvan of Artesia, N.M.

Mrs. Galvan was born Jan. 5, 1904, in Lajitas, the daughter of Encarnacion Chavez and Severa (Gomez) Chavez.

In 1925, she was married to Jose Galvan, Sr. in Terlingua. He preceded her in death in 1937. She moved to Artesia in 1946 from Alpine. In November 1954, she married Hilario Brito in Artesia. He preceded her in death in 1976. She was also preceded in death by her parents; two brothers; eight sisters; her son, Jesus Galvan; daughters, Maria Leyva, formerly of Alpine, and Josepha Lazos; one granddaughter and one great-grandson.

She was a homemaker and member of Our Lady of Grace Catholic Church, Sacret Heart of Jesus and the Curcillistas.

Sister Grace was born Nov. 26, 1918, in Terlingua. She was a teacher at Our Lady of Peace Catholic School some years ago. She was preceded in death by her mother, Micaela Galvan; sisters Maria Leyva and Feliciana Aguilar; and a brother Jesus Galvan.

Maria Esperanza Grado, Fort Stockton, died Friday, April 4, 2008 in Fort Stockton, Texas. She was 86 years old.
Born May 31, 1921 in Terlingua, Texas, she was the daughter of Jose Molinar and Isabel Chaves, she married Manuel Grado.

Preceded in death by her husband Manuel Grado and her parents Jose and Isabel Molinar, sisters; Consuelo Machaca and Elisa Torres, brothers; Manuel Molinar and Jose Molinar, and her son Raul Grado.

Interment was at East Hill Cemetery in Fort Stockton, Texas.

Arrangements were under the direction of Memorial Funeral Home of Fort Stockton, Texas

He was born on May 13, 1918, in Terlingua. Mr. Molinar retired many years ago from tire construction/bricklayer industry. He served in the U.S. Navy during World War II in the South Pacific and was a member of the Catholic Church.

Mass will be celebrated at 2 p.m. Tuesday, Feb. 8, 2000, at St. Joseph’s Catholic Church. Burial will follow at Rose Hill Cemetery.

Mr. Molinar was preceded in death by his son, Manuel J. Molinar. 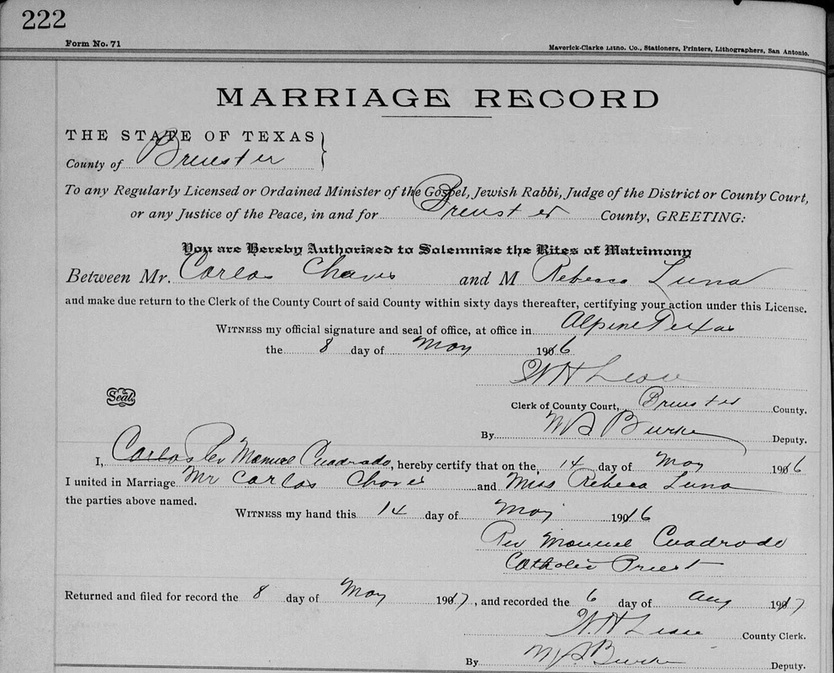 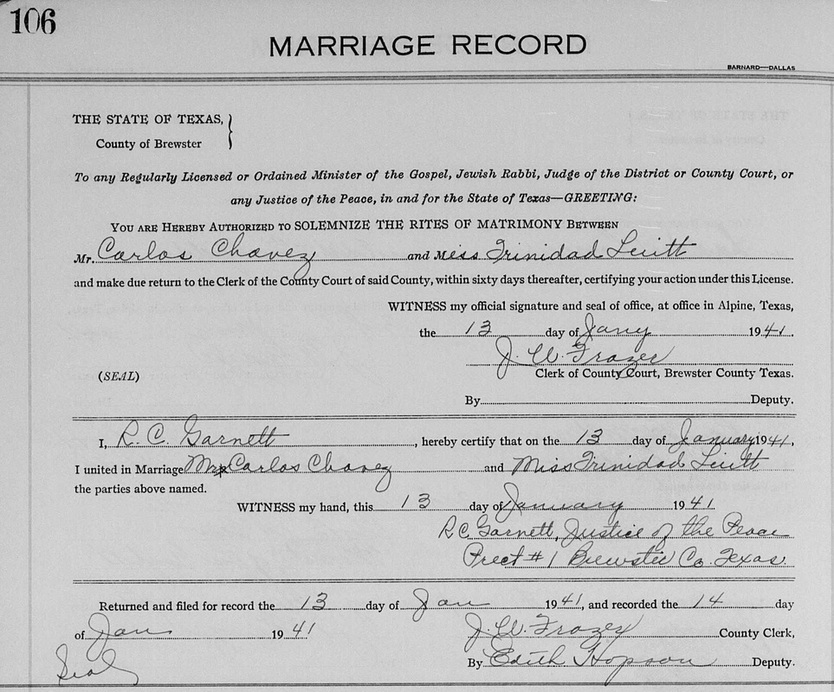