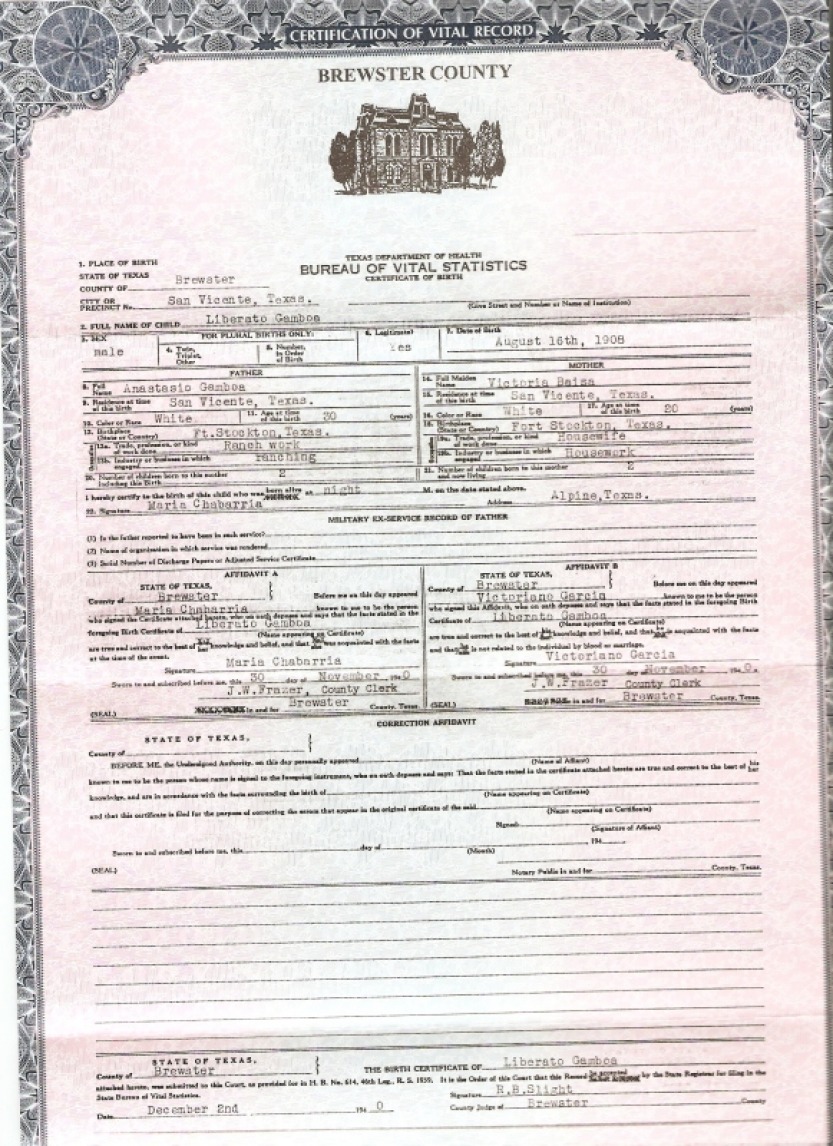 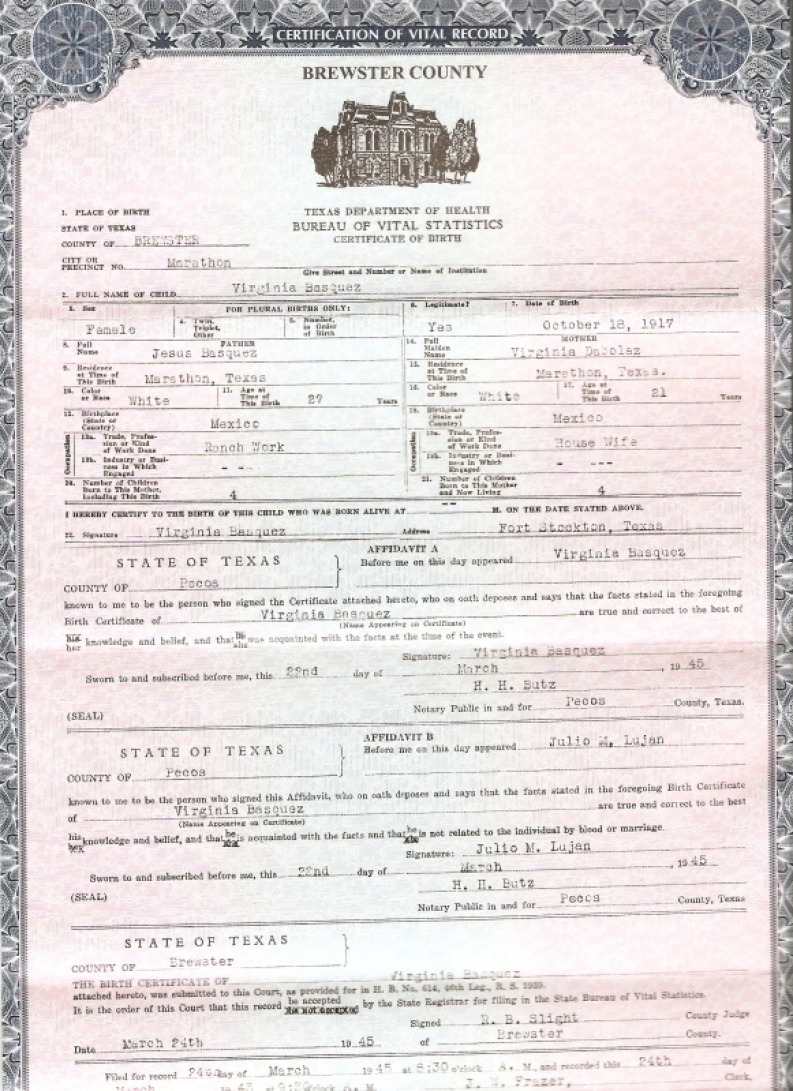 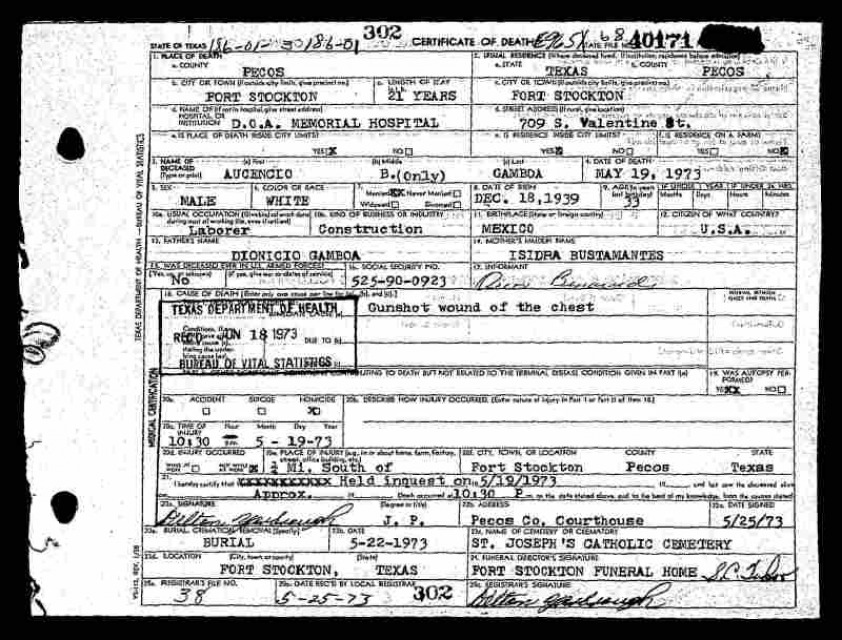 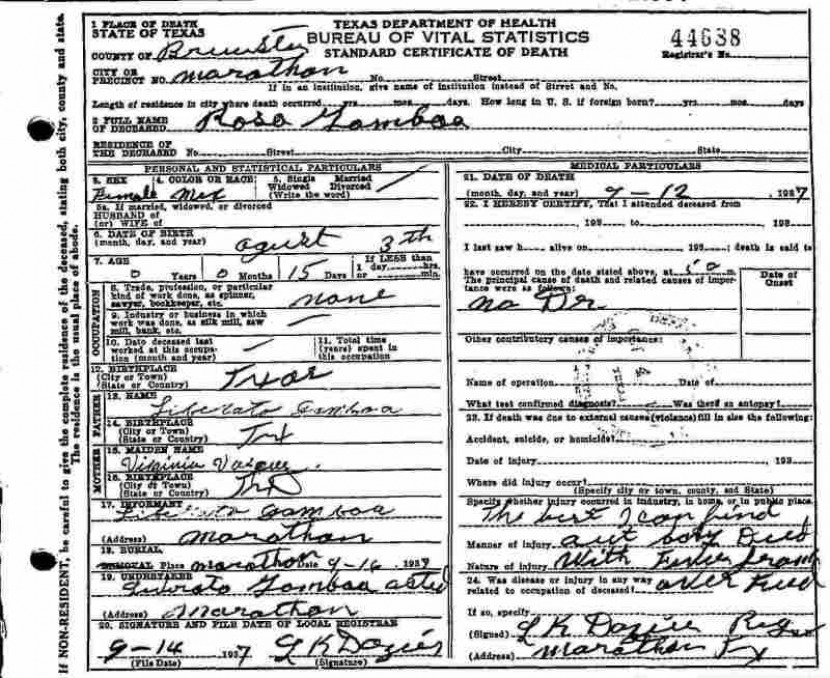 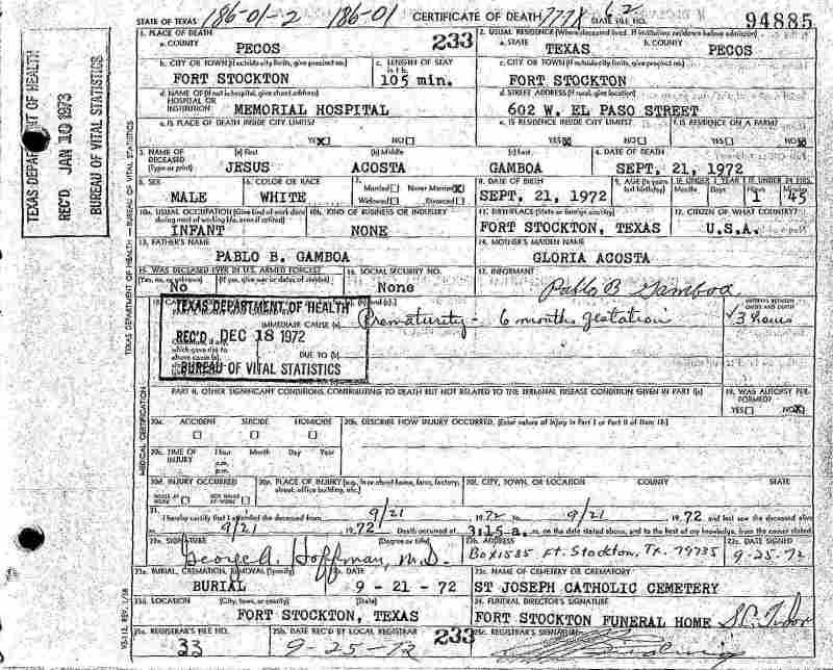 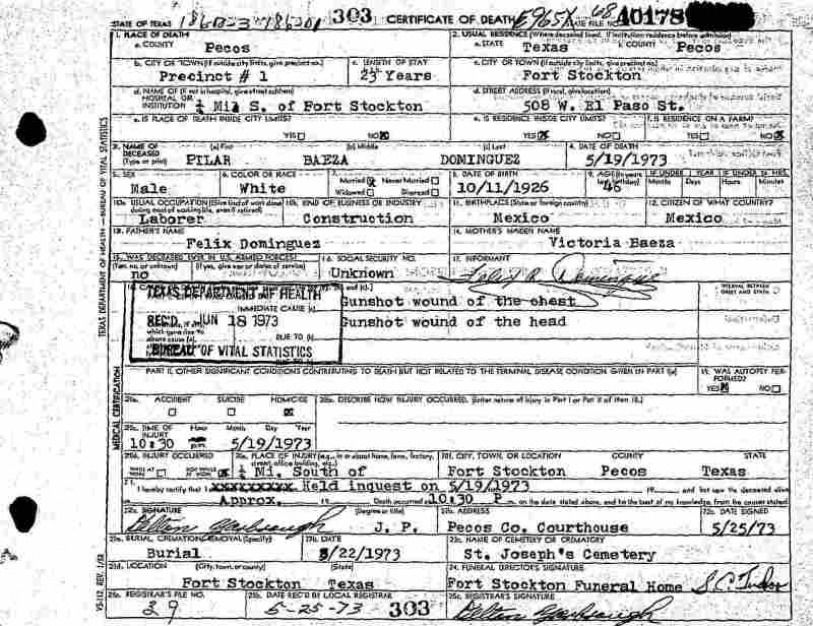 Born December 10, 1910 in San Vicente, he was the son of Anastaco and Victoria (Baeza) Gamboa.
Margarito was united to Narcisia Ramirez at Saladita Ranch, Chihuahua, Mexico in 1943. She preceded him in death in 1985.

A resident of Fort Stockton since 1971, Margarito owed and operated a ranch.

In addition to his wife he was preceded in death by his parents.

He is survived by his daughters Rosa Elva Gonzalez and Petra Rosas, both of Fort Stockton and Aurora Porras, Grandfalls; his sister, Ignacia Galindo, Kermit, 11 grandchildren and 18 great grandchildren..

Interment was in St. Joseph Cemetery.

Arrangements were under the direction of Fort Stockton Funeral Home.
Isidra Bustamante Gamboa

Pablo Bustamante Gamboa was born on August 10, 1937 in the Providence of Chihuahua, Mexico, to Dionicio and Isidra Gamboa. After seventy-two trips around the sun, he saw his last sunset on April 9, 2010. Pablo was born as one of nine children, he has two brothers, Adam and Estaban Gamboa, and three sisters, Apolonia Gamboa, Santiaga Benavidez, and Timotea Contreras. He married Gloria Estela Acosta on September 15, 1958, and he had eight children; three sons, David, Hector and Eloy Gamboa, and four daughters, Norma Sandoval, Minerva Britton, Linda Rahe, Esmeralda Olvera, and Martha Rodriguez. He is preceded in death by two brothers, Aucencio Gamboa, Dulcesnombre Gamboa, and a sister, Anita Gamboa, and his son, Jesus “Jesse” Gamboa. He is survived by his remaining siblings and children as well as numerous grandchildren, nieces, nephews, friends, and others. A Rosary will be held in St. Joseph’s Catholic Church, Fort Stockton, at 6:00 PM, on Sunday, April 11. Funeral services will be held in St. Joseph’s Catholic Church, at 11:00 AM, on Monday, April 12. Interment will follow in the St. Joseph’s Cemetery.